These are the fifth and sixth teams announced. 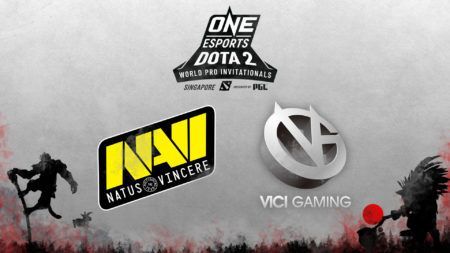 ONE Esports is pleased to announce that Chinese powerhouse, Vici Gaming, and TI1 champions, Natus Vincere, will be the fifth and sixth teams to join the ONE Dota 2 Singapore World Pro Invitational.

Taking place from December 20-22 at the Singapore Indoor Stadium, the ONE Dota 2 Singapore World Pro Invitational will feature a total of 12 teams competing for a share of the US$500,000 prize pool.

Vici Gaming has been the strongest Chinese team all year, winning the Epicenter Major and Dreamleague Season 11 Stockholm Major. The young but talented roster placed fifth-sixth at TI9 and are led by legendary coach, Bai “rOtK” Fan.

Natus Vincere isn’t quite the powerhouse they were when they won TI1, but the CIS squad is still a force to be reckoned with. While the team finished in the 13-16th position at TI9, they had a dominating win over Russian team Virtus Pro and Swedish squad Ninjas in Pyjamas in the Group stage. The team recently added Virtus Pro star Pavel “9pasha” Khvastunov to the roster, which should make them even more dangerous moving forward.