TI10 Battle Pass: Every item in the Immortal Treasure III

The Battle Pass has also been extended by three weeks. 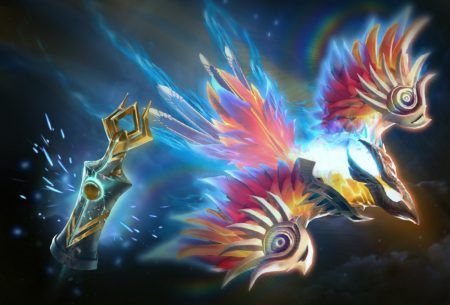 The long-awaited third and final set of Immortal cosmetic items for The International 2020 (TI10) Battle Pass is finally here.

In addition to finally releasing the last Immortal Treasure, Valve also extended the duration of the TI10 Battle Pass by three more weeks, meaning it will expire on October 9th. The results of the Arcana vote between Faceless Void and Spectre will also be revealed on that day.

During this final stretch for the TI10 Battle Pass, each Battle Pass owner can purchase up to two additional bundles of 60 levels at a 30% discount.

With that said, let’s take a look at what you can get from the third Immortal Treasure:

Lich – Perversions of the Bloodwhorl

Oracle – Sagas of the Cymyurrin Sage

Oracle’s Sagas of the Cymyurrin Sage Immortal gives him a new headdress befitting one that sees all futures unfolding before him. The item also gives his Purifying Flames ability new custom particle effects.

Clockwerk’s Rabid Watchcog Immortal gives him a new weapon that bites and breathes fire at those who stray too near. The item also gives his Hookshot ultimate new custom particle effects.

You can also get a golden version of Pugna’s Immortal as a bonus very rare reward whenever you open an Immortal Treasure III.

Gyrocopter’s B.U.S.T.E.R. Immortal changes the look of the missile attached to the underside of his namesake vehicle. The item also greatly changes the animation for his Homing Missile ability, transforming the missile into a bipedal robot that chases down its target.

Phoenix’s Solar Gyre Immortal is a bonus ultra rare reward that changes the color of the plumage on the living star’s wings and tail into a bright blue. The item also gives its Fire Spirits ability new custom particle effects.

Finally, every time you open an Immortal Treasure III you will get the chance to get the Emblem of Divinity, a cosmically rare bonus reward. It is a Global Item with an exclusive custom ambient hero effect that gives your hero a golden aura with three black runes and smoke circling around it.

You can check out the first and second Immortal Treasure sets here and here. Meanwhile, check here to see everything that the TI10 Battle Pass has to offer.