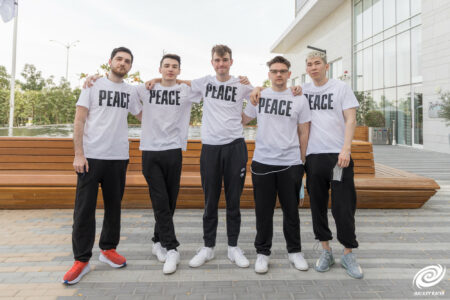 Russian esports organization Team Spirit is moving its home base to Serbia, canceling its infrastructure expansion plans in Moscow in light of the ongoing Russian invasion of Ukraine.

The Moscow-based team is focusing “on relocating our club’s employees and teams to Belgrade”, it wrote in an announcement.

“The accessibility of esports has always been its unique feature,” wrote the org. “However, everything is changing, and one of those changes is the current situation between Russia and Ukraine, where many of our players and employees come from.”

“Given the circumstances, both practical and ethical, the decision to relocate seems like the only right one.”

Team Spirit’s CEO: ‘We associate ourselves with the entire Russian-speaking esports community and this will never change.‘

Nikita Chukalin, Spirit’s CEO, addressed the move in a Russian interview with Escorenews. Chukalin called the decision to move an “absolute must,” according to a machine translation, and that Serbia was the “perfect match”, citing geographic and economic factors, and the ability to reside in the country and do business.

Chukalin said that the organization’s Dota 2 and CSGO rosters, along with about 60 percent of staff, have arrived in Serbia.

Spirit will “open an office in Belgrade and organize a bootcamp space,” but Chukalin said that the move does not mean the team is “slamming the door” on Russia.

“Esports is an Internet space, and we assemble the strongest lineups without regard to the nationality of the player and without the goal of assembling a team under a certain flag,” Chukalin said. “We associate ourselves with the entire Russian-speaking esports community and this will never change.”

The CEO said that the team will continue to “communicate” and “produce content in Russian.”

You can read the full statement from Team Spirit here.