Kpii is now a free agent. 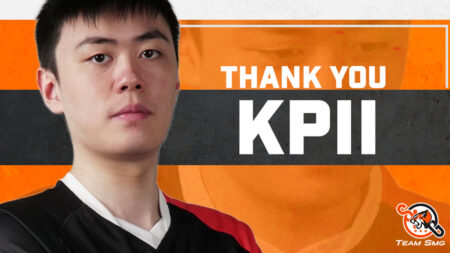 The roster shuffle continues for organizations that did not make it to this year’s The International 10. In Southeast Asia, Team SMG has bid farewell to Damien “kpii” Chok.

Kpii, a former TI7 runner-up with Newbee, is now a free agent coming into the 2022 DPC season.

Kpii joined Team SMG as its offlaner last April, right before the start of the 2021 DPC season. It was the organization’s first foray into the competitive Dota 2 scene.

They looked to compete against the top teams in Southeast Asia, but fell short of qualifying for the DPC 2021 SEA Upper Division.

The organization made their DPC debut when the squad qualified for the second season of the DPC 2021 SEA Lower Division, where they finished as the runner-up.

Since then, the roster competed in online events, and finally won their first event after defeating Team MagMa 3-2 in the OB.Moon Asia Arena.

The Southeast Asian esports organization is now looking to improve its roster going into the 2022 DPC season.

With The International 10 set to begin on October 7, Dota 2 fans can expect more roster changes in the coming weeks.

READ MORE: What is Cheese in Dota 2? It’s more than just an item