No more tiebreakers for Team Liquid. 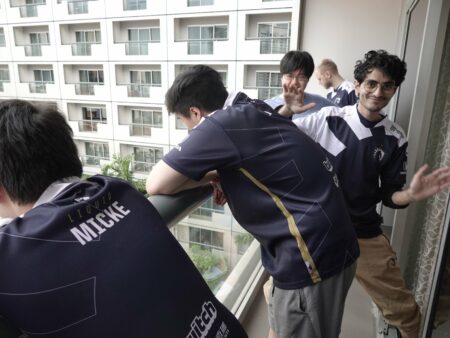 Team Liquid won the most important match of DreamLeague Season 15 DPC Western Europe Upper Division when they defeated two-time TI champions OG, securing their slot in the Group Stage of the WePlay AniMajor.

The story of the match was how well Syed “Sumail” Hassan has improved with Team Liquid, since he joined the team as a stand-in, while Samuel “Boxi” Svahn was still out of the line-up after taking his mid-season break.

Liquid’s core players won their lanes early into Game 1. This allowed Aydin “iNSaNiA” Sarkohi and Tommy “Taiga” Le to make moves around the map and give their team an early lead.

After spending three weeks playing the offlane role with SumaiL taking over the midlane, Maximilian “qojqva” Brocker has improved on being the team’s position 3 player. He even cliffed OG’s hard carry, securing his team a quick team fight win.

OG tried to fight back, but they lost the battle of attrition to Liquid after falling behind 13,000 gold and 20,000 experience points towards the end of Game 1. With their opponents’ buybacks spent, Liquid charged into the Radiant base and won the game.

Liquid then earned an easy Game 2 victory with a masterful offlane Broodmother performance by qjoqva who finished with a 12/0/15 KDA.

With Team Liquid’s 2-0 win over OG, the DreamLeague Season 15 DPC Western Europe Upper Division avoided a four-way tie between Team Liquid, Team Nigma, Team Secret, and OG, who would have all had 4-3 records. Instead, Liquid’s win placed them in second, which awarded them a Group Stage berth in the upcoming WePlay AniMajor.

Western European teams that have advanced to the WePlay Animajor: