T1 removes Black^ and Xuan from their Dota 2 roster

T1 will be looking for new Position 1 and Position 5 players. 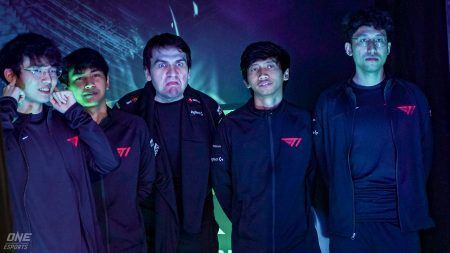 T1 has yet to make an official announcement but on Valve’s Dota 2 registration site for teams participating in the Dota Pro Circuit, both players have been removed from the team’s Dota Pro Circuit lineup.

The news comes right after T1 participated in the ONE Esports Dota 2 Jakarta Invitational Indonesia Qualifier, where they lost to Australian esports organization, Team Oracle, in both the Upper Bracket Semifinals and the Lower Bracket Final.

Black^ is a veteran Dota 2 competitor who has been competing since 2012. He has played in all Dota 2 regions competitively, except for CIS. Black^’s best professional run was back in 2014-2015 when he played for Chinese powerhouse team, Vici Gaming.

Meanwhile, Xuan was more of an unproven Dota 2 prospect that T1 took a chance on. He has been part of different tier 3 squads in the North American region and has only participated in one major LAN event during the DreamLeague Season 12 in 2019.

The team will be looking for new hard carry and hard support replacements. But with upcoming DPC events canceled by the COVID-19 health crisis, the Korean organization will have some time to scout new talent.