PSG.LGD has quietly removed Ahjit from its roster 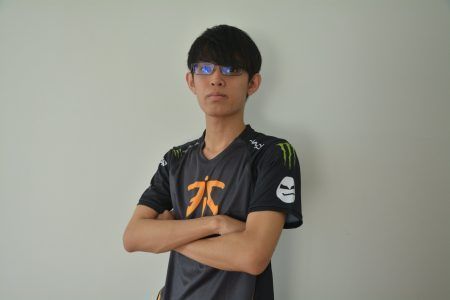 Malaysian carry player, Lai “Ahjit” Jay Son, has been quietly removed from PSG.LGD’s roster without ever playing a single game for the team.

PSG.LGD removed Ahjit from its roster in the Dota Pro Circuit (DPC) team registration on February 28 without any official announcements.

PSG.LGD received Ahjit in a blockbuster trade in early February that sent their star carry player, Wang “Ame” Chunyu, to CDEC Gaming in exchange for the Malaysian player.

PSG.LGD participated in the Los Angeles Major Open qualifiers with Li “ASD” Zhiwen as a stand-in for Ahjit, but they crashed out of their second open qualifier of the season after losing to Team Blaze.

Prior to being traded to PSG.LGD, Ahjit was a mainstay of the Southeast Asian Dota 2 scene since 2015, having notably played with Tigers and Mineski before becoming inactive a couple of months prior to The International 2019 (TI9).

Ahjit moved to China for the 2019-2020 DPC season, having started with CDEC Avenger last September, then moving to the main CDEC squad in December, before being traded to PSG.LGD.

PSG.LGD is currently without a Position 1 player and is faced with a steep climb back to relevance after two years of being the consensus best team in China, with second and third-place finishes in TI8 and TI9 respectively.

PSG.LGD now only has two Major cycles left to secure a direct invite to TI10. They previously decided to skip the MDL Chengdu Major but failed to make it past the open qualifiers for the first time this season in their return to competition for DreamLeague Season 13: The Leipzig Major.