November Dota 2 SEA roster shuffle-pocalypse: Who’s in and who’s out? 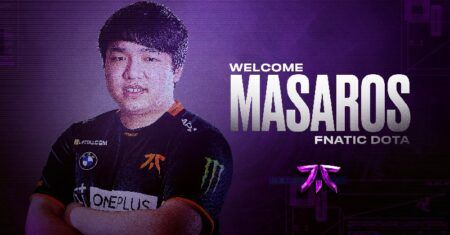 November was a big month for South East Asia’s Dota 2 esports scene as many teams looked to add fresh talent to their rosters in preparation for the 2021 DPC season.

Within the first week of the month, Carlo “Kuku” Palad, former captain of Geekfam was picked up by Smart Omega to oversee the Dota 2 roster as their new coach. Renowned for being one of SEA’s best captains, the transition to coach looks to be a smooth one for Kuku as he works to help improve the team’s performance.

November 14th was a devastating day for Adroit Esports fans as the organization announced that they would cease all operations. As outlined in their social media, the pandemic proved to be too much for the organization to stay afloat, thus leading to its end. Released from the team, it’s only a matter of time till the former members of Adroit Esports find new homes.

On the same day, fans from around the world held their breath when Evil Geniuses announced their newest member, Daryl Koh “iceiceice” Pei Xiang, a move nobody saw coming. The Singaporean veteran brings a lot of possibilities to the table for EG with his flexibility, wide hero pool, and years of competitive experience. Is Iceiceice the key to EG’s greedy signature style?

November 24th was crazy to say the least. T1 parted ways with Muhammad “inYourdreaM” Rizky, Tri “Jhocam” Kuncoro, and coach Pyo “MP” No-a. Looking to build the team from the ground up, there was lots of speculation but no official announcement as to who would be replacing the Indonesian superstars.

Fnatic has been quiet since the departure of Iceiceice back in September but finally announced their final member to complete the team. Coming in off a hot performance the past month, Fnatic warmly welcomed Natthaphon “Masaros” Ouanphakdee to the team in preparation for the upcoming competitive season. Needing a solid offlaner, Masaros was a standout performer last month showing lots of promise with former team Motivate.Trust Gaming.

With Marasos making a move for Fnatic, Motivate.Trust fans were saddened to also see Souliya “JaCkky” Khoomphetsavon’s departure from the team. So far, the team looks to have replacements available but have yet to announce who they are.

Another organization bites the dust as Zerothreetwo releases their roster due to not being able to acquire players for mid and support roles. Michael “ninjaboogie” Ross Jr, Jun “Bok” Kanehara, and John Anthony “Natsumi-” Vargas officially become free agents once more whilst Ravdan “Hustla” Narmandakh returns to Reality Rift.

Luckily for Natsumi, he found a new home in Neon on the same day of his release from Zerothreetwo. Unfortunately, this change forced Julius “JG” Galeon off the roster who will once again be available as a free agent. With Natsumi’s arrival, the squad needed to make some changes to make things work. Natsumi will retain his carry role whilst Rolen Andrei Gabriel “skem” Ong takes over support and Prieme Ejay “PlayHard” Banquil is relocated to the offlane.

Just a day after the shuffle-pocalypse, another SEA team dropped altogether. This time it was Smart Omega Esports who decided to part from their Dota 2 roster just four months after forming. SEA’s pool of free agents is starting to look more like an ocean as time goes on.

To close out the month, T1 finally announced who will replace Inyourdreams and Jhocam. Manning the carry position will be Jackky whilst Kenny “Xepher” Deo is the team’s second support. We’ll have to wait and see whether or not Jackky and Xepher can spice up the team and make T1 major contenders in the coming competitive season.

With so many free agents available in SEA and valve announcing the DPC for 2021, December could look to host another round of musical rosters. Time is running out for teams looking to trial players before locking in their competitive rosters for the coming year so expect more switcheroos before deciding on who you’ll be rooting for next year.