We wish Natsumi- a speedy recovery. 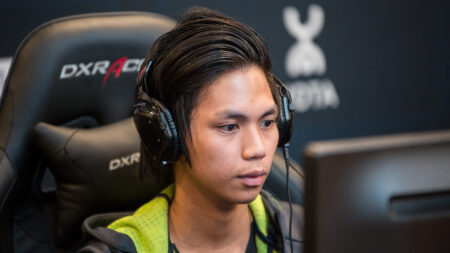 After clearing up travel issues last week, Neon Esports has been hit by another setback as carry player, John “Natsumi” Vargas, will not be able to travel to Singapore due to health concerns.

Instead, Rafael “Rappy” Palo will be joining Neon Esports to compete in the Singapore Major.

Rappy has been with Neon Esports since 2018, but the organization moved him out of its active roster in 2020. “Rappy has played over 1,000 games with Neon and we feel his experience and synergy [make] him the best choice for us,” said Neon Esports CEO Robert Campbell.

With Natsumi out, Neon will shuffle its players and their positions.

Neon Esports has faced many adversities leading up to the ONE Esports Singapore Major. The team finished second in the DPC SEA upper division, which advanced them into the Major’s group stage.

However, immediately after qualifying, the Filipino esports organization had to clear their home country’s unexpected travel restrictions due to rising cases of COVID-19 in the Philippines.

Neon Esports is set to compete in the ONE Esports Singapore Major’s group stage on March 29.

READ MORE: iLTW could stand-in for Nightfall at the ONE Esports Singapore Major