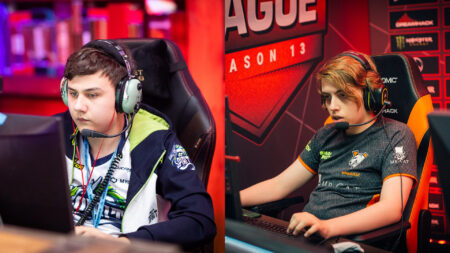 CIS esports organization Virtus.pro has informed its fans that the team’s hard carry player, Egor “Nightfall” Grigorenko might not be able to attend the ONE Esports Singapore Major due to health concerns.

VP also reported that Nightfall’s condition is stable and that he is currently isolated from the rest of the team, while they try to speed up his recovery. This also means that Nightfall isn’t able to participate in the team’s bootcamp prior to the Singapore Major.

VP has decided to add Igor “iLTW” Filatov as a potential stand-in carry player for the Singapore Major. According to VP’s statement, “[they] have gone through all [their] options and all the players voted for him.”

While the ONE Esports Singapore Major is scheduled to kick off on March 27, Virtus.pro is set to play its first match on March 31 with the start of the playoffs. Virtus.pro finished in first place with a 7-0 record in the DPC CIS upper division, which directly advances them to the playoff stage of the Singapore Major.