Miracle- carries Nigma to a playoff berth in ESL Germany 2020 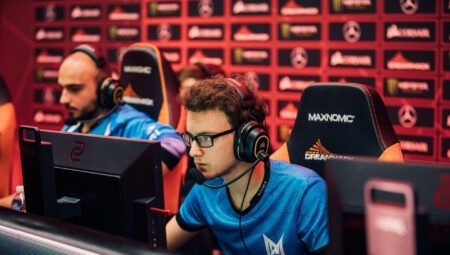 European powerhouse team Nigma defeated fellow European team 5men in an elimination match during the final day of ESL Germany 2020’s group stage, despite not having their leader and team captain, Kuro “KuroKy” Takhasomi, who is still recovering from an injury.

Both teams had 2-2 match records going into their final series, which meant that the winning team would advance to the playoffs.

After taking the first game in convincing fashion with a 35-10 team kill score, 5men remained competitive against Nigma by not falling behind during the early laning stage.

However, at the 24-minute mark of Game 2, 5men’s hard carry player Marcus “Ace” Hoelgaard made a huge blunder. He forgot to pick up the Aegis of the Immortal after taking down Roshan.

Despite Ace’s mistake, 5men continued to outperform Nigma during team fights with superb usage of their heroes’ AoE abilities. Each time Nigma tried to make an aggressive play, Rasmus “Chessie” Blomdin on Puck, together with Ace’s Spectre, was able to outmaneuver Nigma’s heroes and jumped to an 8,000 gold lead.

With their backs against the wall, both Ivan “MinD_ContRoL” Ivanov and Maroun “GH” Merhej kept Nigma in the tournament by isolating Ace’s Spectre with a stolen Dream Coil and Skewer combo that forced 5men to retreat from the Dire base.

With Amer “Miracle-” Al-Barkawi’s Faceless Void accumulating more late game items and levels, Nigma was able to get back onto equal footing with 5men.

Once Miracle- completed Satanic, 5men’s AoE spells became a nonfactor for Nigma’s superstar hard carry. Miracle- and the rest of Nigma’s heroes took control of the Radiant base to even the series 1-1.

Miracle- continued to dominate in the third and final game by securing a quick Aghanim’s Scepter on Sven, and pushed Nigma into the playoffs. Miracle- ended Game 3 with a 22/2/11 KDA record.

The playoffs start on October 23 at 11 p.m. GMT+8, beginning with a marquee matchup between Team Secret and Nigma in the upper bracket quarterfinal.