The CIS roster shuffle isn’t quite over yet. 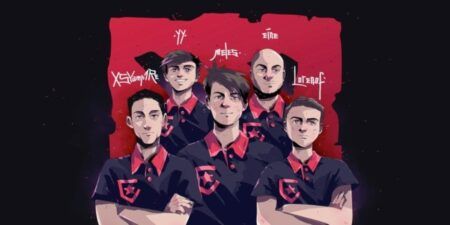 Gambit Esports has returned to the Dota 2 scene after five months of inactivity with a revamped roster largely comprised of up-and-coming players in the CIS region.

Only XSvamp1Re and eine can be considered as established players in the team, as the three other members only started playing professionally this season.

Eine last played for Virtus.pro (VP) Prodigy, while XSvamp1Re is the only remaining player from the lineup fielded by Gambit at the start of the season.

The three other players from Gambit’s previous roster; namely, Kiyalbek “dream” Tayirov, Danil “gpk” Skutin, and Maxim “Shachlo” Abramovskikh remain benched. Shachlo is currently on loan to Team Empire, while the other two players are expected to be transferred to other teams as the CIS roster shuffle continues.

Gambit last appeared in the ESL One Birmingham 2020 online EU/CIS league in May, where they bottomed out in 15th-16th place. Since then, the organization has apparently been hard at work trying to find the players with whom to start anew.

The dissolution of the previous Gambit roster was likely decided once former team captain Artsiom “fng” Barhshak was loaned to Alliance in May. He formally left Gambit in order to fully join Alliance in early September.

Gambit’s announcement of its new roster is the latest development from the ongoing CIS major roster shuffle, which started late last month with Natus Vincere signing the roster of FlyToMoon and VP benching its main roster.

There have also been leaks of a new CIS superteam, which will team up VP’s veteran core with North American superstar Sumail “SumaiL” Hassan.

With the hierarchy in the CIS Dota 2 scene due for a major shakeup once the roster shuffle concludes, can Gambit’s new young roster make waves?