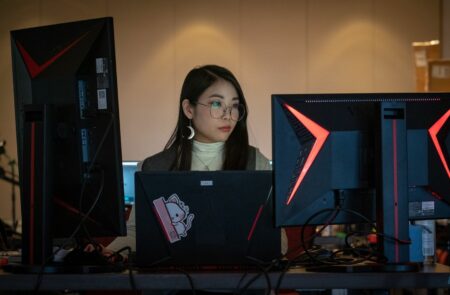 Dota fans will be introduced to a new face at the ONE Esports Singapore Major, as Kasumi “sumichu” Yogi will be co-hosting the tournament with long-time Dota host, Jorien “Sheever” van der Heijden.

Making her debut on the Dota 2 scene, sumichu is a freelance host and commentator who has a long history in esports, having hosted tournaments for League of Legends, Starcraft II, and most prominently, EVO Japan in 2018 and 2019.

sumichu is also currently the director of Games Done Quick, a semi-annual event known for its incredible speedrun video game marathons to raise money for charity. The nine-year-old organization has teamed up with charities like including Doctors Without Borders, the Prevent Cancer Foundation, the Organization for Autism Research, and the AbleGamers Foundation, among many others.

She also caught Valve’s attention after hosting the Steam Game Festival, which made her the perfect co-host for the Singapore Major, especially since she has a passion for Dota 2.

“I’ve played the game for several years now,” she told ONE Esports. “I guess it was just good timing and things just fell into place. And here I am, in Singapore, and I feel very, very grateful for this opportunity.”

sumichu usually favors the support role when playing Dota 2, but she can hard carry if needed. Her favorite hero? Rubick! She also loves Snapfire and will sneak in the occasional Tiny.

While sumichu is based in the US, she’s looking forward to seeing teams from other regions compete at the Singapore Major.

“I’m very familiar with North American Dota because that’s my region,” she said. “But there’s a lot of talent around the world. There’s a lot of really talented Dota players and I really want to be able to highlight them in a way they truly deserve.”

As for which team she’s rooting for?

The ONE Esports Singapore Major will begin on March 27, 2021, and will be broadcast on Facebook, Twitch, YouTube, and Tiktok.