Who does ODPixel have in his top ten? 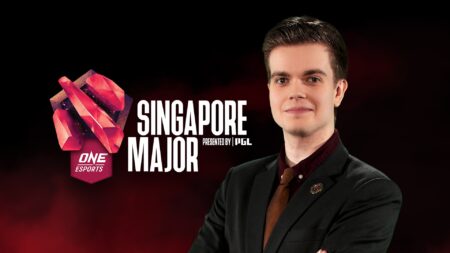 With the Singapore Major just days away, legendary Dota caster, Owen “ODPixel” Davies, has revealed his Power Rankings for the tournament.

Fnatic are back at top form, and I do believe that they are ready and strong enough to dominate teams from all around the world and claim the top spot here at the ONE Esports Singapore Major.

You can make an excellent case for Raven being the best carry in the world, and surrounded by such an incredible squad that includes consistent star performers like DJ, and led by former Team Secret coach Sunbhie, I think that enough has been prepared and perfected for Fnatic to show up as the best team here on LAN!

I’m sure a lot of DOTA fans will have Team Secret in the top spot, but I feel that surely with all the focus that all the other teams will be rightfully placing on them here at LAN, that there is that ever-increasing chance that they will finally get hit by a squad that has worked them out and comes at them with a unique and refined strategy to take them down.

Whatever happens though, I would be extremely surprised to see Team Secret end up anywhere outside of at least the top three here at the ONE Esports Singapore Major!

Still the best team in NA, and a squad that I always feel confident placing somewhere within the top four at an international level LAN, as I really believe in their players ability to very much up their game enough to secure a respectable finishing position when it comes to crunch time.

As much as a legendary player Iceiceice is, I was still initially a little apprehensive on how well and quickly he would be able to gel with the team, but after seeing their run in the NA Upper Division DPC League, my worries have been swiftly eliminated, and I can’t wait to see him and the boys play here on his home ground!

After their showing in the league, I feel that this team will have easily captured the attention of all the teams from around the world. And not just because they’re ready to confidently smash out a jungle Huskar if they feel that the game is easy.

VP has been playing some of the most flawless DOTA we have seen, and I am looking out to see if they are able to keep their cool throughout the pressure and high expectations that will have been placed on them coming into the major. Personally looking forward to some more jungle surprises in their drafts!

It was a tight competition for the teams coming out of the top of the Chinese Upper Division, but with the convincing 2-0 against Aster in the tiebreakers, I think it’s understandable to have the highest expectations for IG from the teams coming out of this region. Especially when you consider the big difference in performance when you compare their league run to the poor results from some of the online tournaments that they played in during last year.

To me, that just shows that when the stakes are high this team hits harder than perhaps opponents will expect and are prepared for, and with the road to TI on the line here, we will without a doubt see them continue to perform at full power!

Probably one of the hardest teams to place in the rankings in my opinion, so I felt placing them around the centre of the top ten would work out as the most accurate spot.

I would not be surprised to see an insane lower bracket run all the way to the finals, but at the same time I also would not write off the chances of Nigma coming out with some strategies and performances that may leave the fans puzzled, and could trip themselves up on the road to the title.

Nevertheless, Kuroky and the lads on LAN are in my opinion pretty much guaranteed to provide us with the most entertaining DOTA matches we will get to see!

It’s always a treat to see LaNm at the helm of a team filled with some of the best talent from China, and if they continue on their trajectory from the DPC league, in which they were just one tiebreaker away from making it straight to the major playoffs, we are going to see solid performances from the only team in China able to knock a series off of IG.

Excited as ever to see some incredible moves across the map from their star player Borax (previously known as Boboka), particularly when he gets his hands on his show stopping Earth Spirit!

After a rough first series of the league against Nigma, Alliance promptly cleaned up their act and zoomed way above my expectations of them coming into this season’s DPC. All of this whilst being unable to have fng onsite for their bootcamp during the league, so here at the major with the full squad alongside one another in person, there absolutely is potential for them to go even further than we’ve seen them go before.

Big fan of the balance between the calm and coolness of S4, Handsken and fng, matched with the aggression and confidence of Limmp and Nikobaby, which if managed well definitely could take them even higher than my predicted placement!

A team that has continued to play with the same ferocious fire and passion that we have been used to seeing from them ever since their memorable run at TI9. A stable roster that has given countless reasons for fans of the SA region to proudly get behind them as they bring their mastery of the chaos of DOTA to the international level of the major.

If the team can continue to set up games in a way that enables K1 to display his immaculate efficiency and perfected patterns when it comes to farming, they will have no struggle getting comfortably into at least the top ten!

I expected more from Liquid during their league play, as I felt that they had taken a bit of a step back compared to the consistent level of execution in their performances that we have come to expect from them judging from previous showings with this lineup.

I do however strongly believe in the team’s capability of having the mindset and resources to be able to accurately self critique, identify, and learn from their mistakes, in order to get themselves back to their full potential, and in time to make a top ten finish here at the major!