Dota 2’s most prestigious event could take place in NZ. 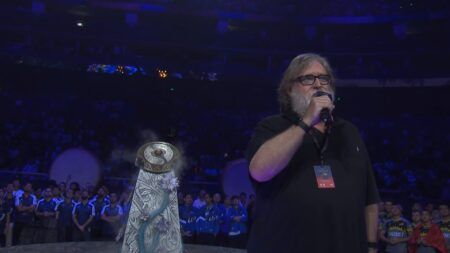 Valve Corporation co-founder and president Gabe “Gaben” Newell has expressed interest in hosting The International in New Zealand this year.

The billionaire gaming tycoon, along with his family and friends visited New Zealand for a vacation in early 2020. But with the COVID-19 global pandemic heightened, Newell decided that it was much safer to stay in New Zealand. Since then, Newell has decided to relocate to the country — he has even applied for New Zealand residency according to 1NEWS.

As the pandemic worsened around the world, more employees from Valve expressed a “strong interest” in moving to New Zealand. Along with this revelation was Newell’s interest in hosting Dota 2 and CS:GO tournaments there, while the COVID-19 virus continues to mutate.

New Zealand is one of the few countries in the world that has been able to control the spread of the pandemic. The World Health Organization even praised the country for “crushing the curve” in July of last year.

If the global pandemic continues to worsen, “it certainly is  increasing the likelihood of us hosting events [in New Zealand],” said Newell. “If I were to guess when we can host an in-person tournament anywhere in the world, it would be very hard for me to say that; whereas, I think with a lot of confidence, we will be able to plan for that in New Zealand.”

This year’s The International tournament — which has amassed over US$40 million for its massive prize pool — is scheduled to take place in Stockholm, Sweden in August. Valve made the announcement right after TI9, and then confirmed it again, once they announced the new DPC 2021 Regional League system.

Valve has yet to confirm that an event will take place in New Zealand. In the meantime, the Dota 2 DPC 2021 season has already begun, with most of the regions involved still playing their matches online, except for the Chinese region which hosted their competitions live.