Coming in hot with the juiciest leaks! 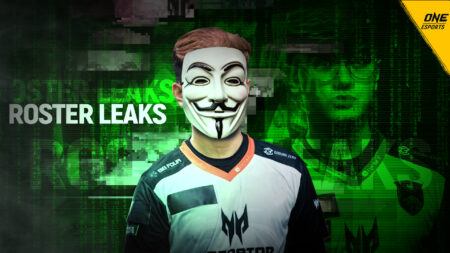 While streaming pubs on his Facebook page, Kim “Gabbi” Villafuerte openly leaked numerous 2022 DPC rosters including Evil Geniuses, Team Secret, and Fnatic ahead of their official announcements. So far, his leaks have checked out.

Only five minutes into his livestream, Gabbi revealed Fnatic’s complete lineup for the upcoming season.

During the stream, Gabbi disclosed that Former TNC midlaner, Armel will be the squad’s new position one player whilst Jao, a name we’ve never even heard of before, will be Fnatic’s new position five.

Everything was up in the air until just recently when Fnatic officially announced in a Tweet that Raven, Jabz, and Dj would be playing with the squad for another season. With Jabz migrating to the offlane and Dj returning to his signature role as position four.

Fnatic then Tweeted that they’ll be announcing their full lineup the next day.

Nightfall and JerAx are speculated to complete Evil Geniuses 2022 roster

Over 45 minutes later in the livestream, Gabbi then surprised viewers by leaking Evil Geniuses complete lineup.

According to Gabbi, Nightfall will be the team’s new offlaner whilst JerAx will return to the competitive Dota 2 scene playing support alongside Cr1t- for the upcoming season.

The team has yet to announce its complete lineup for the upcoming DPC season.

Almost an hour into the broadcast, Gabbi finally revealed Team Secret’s complete lineup for the season.

Gabbi’s leak not only confirmed Nisha’s move to carry following his offical comic, but also verified the hint that Iceiceice would join the team. Many viewers however were surprised to hear SumaiL would be playing mid for the roster.

The team shortly verified the leaks by officially welcoming Iceiceice and SumaiL to the roster in separate Tweets.