Five heroes that may soon come to Dota 2

Rix, Sorla Khan, Kanna, Prellex, and Mazzie are names you may not be familiar with. 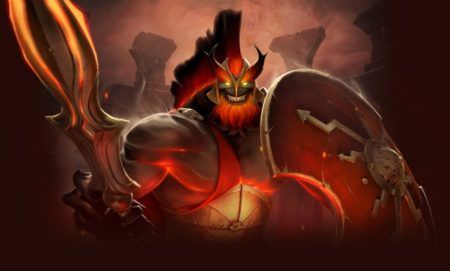 With The International 9 taking place in August, and Valve’s penchant for surprising us with new heroes at the event (like the recent release of Mars), here’s what we think could be revealed based on Artifact lore.

Sure, Artifact may be one of Valve’s less successful titles, but its affinity to Dota 2 lore cannot be understated, given how the two games share the same universe.

During Artifact’s initial release, a total of 44 out of 117 heroes were made available for players, with four more being added later on. Of these five heroes, namely: Rix, Sorla Khan, Kanna, Prellex, and Mazzie, are not yet playable in Dota 2.

Here’s what we know about them so far.

Rix is an uncommon Green Hero card in Artifact, while in Dota 2 lore, he is part of the wolf-like race known as Vhoul and once part of the Bronze Legion before he rebelled and became the leader of the Vhoul Rebellion. He’s a known opponent of Tresdin (Legion Commander). When allied with Tresdin, Mireska Sunbreeze (Dark Willow) warns him by saying “Rix is going to kill you.”

Another hero that is featured in lore from both games is Sorla Khan. In Dota 2, Sorla Khan is a violent and unreasonable warrior from the Oglodi race. In Artifact, Sorla Khan now leads the Red Mist army and is on the hunt for Axe to flay him and make him pay for decimating the army. Besides dealing with Axe, she’s also tangled with Pangolier, and there are also instances where Yurnero the Juggernaut is heard discussing with Axe how they’re going to resolve problems with Sorla Khan.

Kanna, one of the top-tier heroes in Artifact, is known in Dota 2 lore as a mysterious demon-like priestess. A voice line from Yurnero the Juggernaut’s Arcana, the Bladeform Legacy, goes like this: “Azwraith, you haven’t heard any rumors of Kanna’s return have you?” This particular line reveals that he and Azwraith (Phantom Lancer) both know, and somehow fear Kanna, should she appear in the battle between the Ancients.

Prellex is one of the lower-tier heroes in Artifact, but in Dota 2 lore, she is the ascendant priestess of the Radiant. She is empowered by the Ancient and has the ability to raise “an army of fanatics” and this ties in with her skill in Artifact called Bringer the Faithful, which lets her summon a Melee Creep into her lane. Prellex is Kanna’s mother, and Kanna, in turn, is the high priestess of the Dire.

Mazzie, a common hero card in Artifact with defensive abilities, is a Keen engineer in Dota 2 lore. He is friends with Kardel Sharpeye (Sniper) and is despised by Mireska (Dark Willow). Mazzie is included in a project that former Valve artist Drew Wolf worked on during his time with the game developer and you can check out his portfolio for the character designs.

In terms of lore, these heroes may have a chance of getting released into Dota 2’s ever-evolving universe, given that some are already mentioned in current voice lines, and all five of them are already in Artifact, whose developers once claimed that every Dota 2 game is canon in lore.

With the announcement of The International 9’s Battle Pass theme alongside the upcoming event mode titled Wrath of the Mo’rokai, it’s clear that Valve does pay significant attention to lore detail for its future releases. Submissions to the 2019 Collector’s Cache have just closed, and it’s possible that some of these submissions to the Workshop have included more hints as to which new heroes are coming to Dota 2.

Other heroes in Artifact such as J’Muy the Wise, Farvhan the Dreamer, Keefe the Bold, and Debbi the Cunning don’t appear anywhere in canonical Dota 2 lore, not even through voice lines or cosmetic item descriptions. It’s also interesting that they follow a consistent naming convention (i.e. the Wise, the Dreamer, the Bold, the Cunning) for these four heroes who don’t exist in official Dota 2 lore.