The International 2019 Battle Pass has arrived

Here’s everything we know. 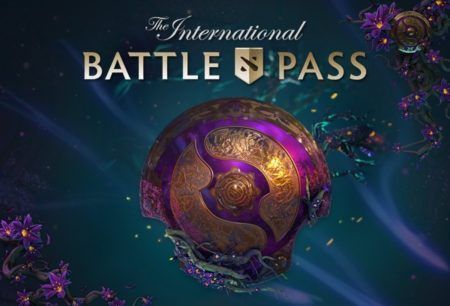 Editor’s note: The current prize pool is now at US$7.6 million.

The biggest and most extensive battle pass for TI9 has finally arrived for Dota 2.

The long-awaited battle pass introduces an abundance of new features, including a new game mode, living towers, consumables, and chat wheel sounds. There are exclusive rewards as well, like Immortal treasure sets, a new custom terrain, an evolving courier, and new cosmetic item rewards for Tiny, Earthshaker, Invoker, and Axe.

You can get all these features and rewards by purchasing the battle pass for US$9.99. If you don’t want to bother grinding out the first few levels, you can purchase a battle pass that has already been boosted to level 50 for US$29.35 or level 100 for US$44.99. An additional 24 battle pass levels can also be purchased for US$9.99. The battle pass is available now until the completion of TI9, which runs from August 20 to 25.

As is tradition, 25% of all battle pass sales will go towards the prize pool for TI9. Last year’s tournament had a record-breaking pot of over US$25 million, with almost US$24 million coming from battle pass sales.

Will this year’s battle pass help break the prize pool record set last year? It seems likely, given the sheer amount of rewards available compared to last year. At the time of writing, the prize pool for TI9 is already at US$4,003,958 — with US$2,403,958 from battle pass sales already added to the US$1,600,000 base prize pool — according to the Dota 2 prize pool tracker.

There’s a lot of things to unpack, so we’ll give you the rundown on some of the major rewards.

The most exciting part of the battle pass is undoubtedly the new cosmetic items and sets. First up is the array of Immortal items, with the first treasure set of three giving away items for Lifestealer, Death Prophet, Nyx Assassin, Skywrath Mage, Centaur Warrunner, Leshrac, and Earthshaker — plus rare golden versions of the Lifestealer and Skywrath Mage items and an ultra-rare weapon for Drow Ranger.

Reaching level 255 unlocks the “Majesty of the Colossus” exclusive Prestige Item for Tiny, featuring a new model and custom animations for his Avalanche and Tree Grab abilities. This reward will be available soon.

New to Dota 2 with this battle pass is the Hero Persona, an item that gives a completely different visual and thematic take on a classic hero. Climbing up to level 305 unlocks the Young Invoker Persona, called the ‘Acolyte of the Lost Arts.’ The item includes all-new models, animations, and voice lines to portray a younger version of the Invoker.

Getting to level 365 will unlock the “Planetfall” Arcana item for Earthshaker, which features a new celestial-themed hero model, new animations and Echo Slam effects, more than 500 new voice lines, an unlockable style, and more.

There’s a great reward waiting at level 425 too: The exclusive “Axe Unleashed” bare-knuckle set for one of Dota 2’s most iconic heroes. As its name implies, the set separates Axe from his namesake weapon and gives him a new model, animations, effects, and voice lines centered on using his fists in combat instead.

Hero cosmetics aren’t the only rewards in the battle pass, as reaching level 160 will unlock the “Overgrown Empire” custom terrain. This new terrain reflects the “overgrown ruins” theme of TI9, and also features a new soundscape and dynamic weather effects. The “Reptilian Refuge” custom creeps can also be unlocked at level 182 to go with the new terrain.

Fancy new towers as well? The new “Guardians of the Lost Path” custom living towers changes the game’s standard monolithic towers to living defensive constructs — a throwback to the classic Sentinel towers from the original Dota.

The battle pass also unlocks a host of new gameplay features including the new coach’s challenge, party finder and avoid player functionalities, match MVP voting, and more. Beloved features from previous battle passes such as in-game tipping, ranked roles, and the International Compendium will also be making a return.

Players can also play the Wrath of the Mo’Rokai event, which will take them deep into the jungle to feed giant monsters. You can also go on the Jungle Expedition, a new way to unlock content and items by clearing paths through a jungle map.

You can see all that the TI9 Battle Pass has to offer for yourself on the official Dota 2 blog post.