Dota legend Dendi is planning to create his own org

Dendi is eager to make a comeback, and he wants to do it while leading his own team. 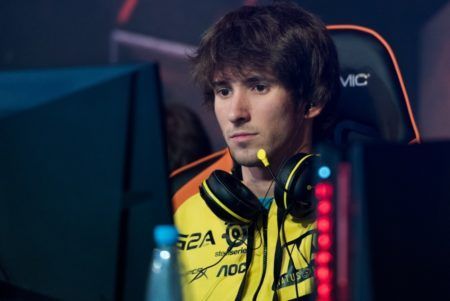 Dota 2 legend and The International 2011 (TI1) champion with Natus Vincere (Na’Vi) Danil “Dendi” Ishutin has revealed that he is planning to create his own organization, and that he is even willing to move to a different position in order to do so.

Dendi made his intentions known in an interview with Yana “b2ru” Khimchenko during TI9, where he attended the event not as a player — as he has done six times before — but as an analyst for the English and Russian panels.

“After some time, and many people who pushed me towards it, […] I am planning to make my own team, organization, and to develop it,” said Dendi.

The Ukrainian superstar revealed a major factor in his decision was his time playing with The Pango during the TI9 CIS Qualifiers, adding that when he only accepted the team’s invite when he was allowed to be the team’s captain and drafter.

Dendi’s time with Pango was just part of a tumultuous 2018-2019 Dota Pro Circuit (DPC) for him, which described as “full of holes.” Shortly after TI8, Dendi ceded his longtime role as the midlaner for Na’Vi and became inactive. He would later move to Southeast Asia to play for Tigers on loan on January 2019, staying with the team for three months before returning to Ukraine after achieving lackluster results with them.

After failing to make it out of the qualifiers with Pango, Dendi officially became a free agent on August 10 and parted ways with Na’Vi, the team he has played for the entirety of his Dota 2 career up to that point and which he helped to a TI championship and two TI grand finals appearances.

“I missed almost the entire year, but I got certain knowledge and experience that I lacked,” said Dendi. “I gained self-confidence, understood that I can, and decided to try it in Pango […] now I am even more assured that I can do it easily, 100% sure.”

Dendi is among the few remaining active pros to have careers that started before Dota 2. He himself began playing competitively as early as 2007, later breaking into the international spotlight as a member of the DTS squad that would be acquired by Na’Vi shortly before TI1.

Throughout Na’Vi’s reign as one of the very best teams in Dota from 2011 to 2013, Dendi was known as one of the best mid players in the world thanks to his flashy, hyper-aggressive playstyle. His goofy yet humble demeanor during games, interviews, and streams also made him the game’s veritable poster child and endeared him to virtually the entire Dota community.

While Dendi’s preferred playstyle has largely fallen out of favor in the current meta, he thinks his experience in the highest levels of competition would be invaluable as the leader of his own team.

“I have a huge knowledge foundation, and I can share it with people,” said Dendi. “Not just in terms of the game, […] the drafts, the macro, but in terms of team psychology [as well].”

Player-founded teams are nothing new in Dota, as some of the most successful teams in the scene were established by players, for players. The most famous examples being 2018-2019 DPC leader Team Secret — notably led by Dendi’s former captain in Na’Vi, Clement “Puppey” Ivanov — and two-time TI champions OG.

“I don’t really want people to use me if I go somewhere, into a team. This way, I am a master of myself, I can do what I see fit,” commented Dendi.

Establishing your own team and being it’s captain is a very difficult task, and a midlaner doing it is very rare. Most team captains in Dota usually play support, as the lack of need to constantly focus on farming in that role lets them effectively lead their teammates. Dendi knows this very well.

“[For a mid player], you need to play a lot. And when you play a lot, you pay less attention to other aspects which are important for a captain, such as watching a replay, analyzing something, preparation, helping teammates with some replays, and so on and so forth. This takes a huge chunk of time,” he said.

With that in mind, Dendi expressed his willingness to shift to another role. While he admits he still prefers playing mid, he’s willing for almost anything.

“I’m not tied to any particular position, so depending on the players I find I might change,” he said. “Everything but carry.”

Dendi won’t be the first core player to shift to support in order to lead his team more effectively, however. Another former Na’Vi teammate, Kuro Salehi “Kuroky” Takhasomi, notably played mid and carry before joining the team as a support in 2013.

He would later depart the team with Puppey to form Team Secret, eventually moving to Team Liquid as its sole captain and leading it to the championship in TI7 and a finals appearance in TI9. Chai “Mushi” Yee Fung, another veteran who played as both mid and carry for most of his career and was even teammates with Dendi in Tigers, also notably moved to support when he joined Keen Gaming.

With all that said, it’s going to be an arduous task in more ways than one, even for someone like Dendi.

“People look at me through somewhat of a sieve, because my last three years weren’t successful in terms of the results, and because I am already 29. […] This makes it hard to get strong players for my team, convince them that I am very serious, ready to work tirelessly, that I have knowledge, still have some skill,” he said.

While Dendi was reluctant to share how far along his plans have progressed, he remains confident both in his decision to become a free agent and in his ambitious project.

“What I can tell is that I have a vision on what to do, how to build a team, how to prepare correctly, and the analytical vision, so to speak,” he said.

To aid his efforts in finding teammates and sponsors, as well as get feedback from the community, Dendi launched his own website, dendi.pro.

“If someone wants to help me with something, take part, or have any offers, go to dendi.pro, there is an email there, write there,” he said.

Even if Dendi remains one of the most popular players in the world despite the ongoing plateau in his career, he also admitted he was overwhelmed by the support and positive messages he received from fans on his website.

“The positivity was through the roof, it was very heartwarming to read,” he said. “I read everything and got a ton of messages over two days.”

Dendi has been sorely missed in the game’s competitive scene, and having him back leading his own squad in tournaments next season would surely be a welcome sight for any fan of Dota.

*Original interview in Russian, credit for translation, edited for clarity, to b2ru