The Ukrainian midlaner represented Na’Vi in 1,507 competitive matches in eight years on the team’s active roster. 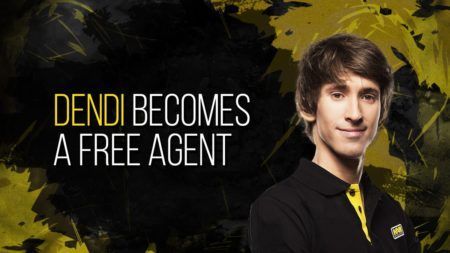 Dendi is one of the world’s best known Dota 2 players, having set and raised the bar for the game’s competitive scene with his unconventional play style and team builds, as well as his animated personality.

Playing in more than 1,500 matches with Na’Vi in the Dota 2 Pro Circuit, the midlaner helped put the organization on the map with key tournament finishes, including the first ever The International championship.

“[My time with Na’Vi] was  a huge part of my life,” said Dendi. “Na’Vi is in my veins: 8 years of action! But I have new achievements ahead of me. I appreciate and hug everyone, I’ll see you around!”

Dendi was removed from the Na’Vi active roster in September 2018. He has since played for Malaysia’s Tigers and Russia’s The Pango as a loan player while still being under contract with Na’Vi.

“On behalf of the organization and all employees, we would like to thank Danya for his time in Na’Vi,” Natus Vincere CEO Yevhen Zolotarov said in the team’s official news release.

“For [your] professionalism and loyalty to our club, as well as for the emotions we have experienced together, much love and we wish you good luck in reaching new heights!”

Dendi will be at The International 2019 as an analyst. Only after the tournament will he publicly discuss his future plans.

READ ALSO: Na’Vi secures a spot for this year’s TI9 by dominating the CIS qualifiers