OG.ana to take extended break, will return next season

OG will be competing for their third straight Aegis of Champions this season without their superstar carry player. 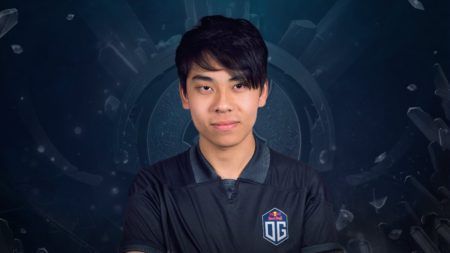 OG has announced that superstar carry player Anathan “ana” Pham will be taking an extended break from competitive play. He will return in the 2020-2021 Dota Pro Circuit (DPC) season.

This marks the second time that ana has taken such a break after raising the Aegis of Champions.

The news broke with the team’s return to competition notably set for early next month in the qualifiers of the ESL One Los Angeles Major 2020. The European squad will be without an integral part of their unprecedented back-to-back victories at The International (TI) in 2018 and 2019.

OG has not yet announced who will be filling in for their superstar carry this season. The likes of Sumail “SumaiL” Hassan and Yeik “MidOne” Nai Zheng have been pegged as ana’s potential replacements.

OG is expected to confirm ana’s official replacement either on the premiere of the TI9 True Sight documentary on January 28 or on the team’s “OG Night” talk show on January 29.