Alliance picks up Fata-led stack for its new team

Alliance is back with a new squad led by the former NiP mid. 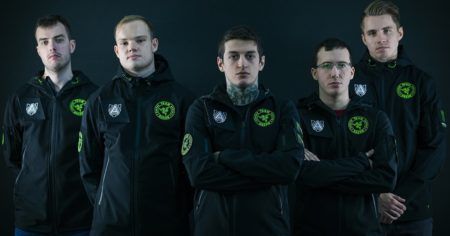 Having lost its former roster to Team Liquid, Alliance has now picked up a new squad it hopes to groom.

Alliance notably parted ways with the roster it participated in The International 2019 (TI9) with last month, with the organization’s former players later signing with Team Liquid.

“The day it was clear I had to look around for a new Dota 2 squad for Alliance, it was obvious to me that I should contact Nikobaby. When I found out that he had been in talks with Fata, 33, Handsken and Limmp about making a team together, I was intrigued,” said Alliance coach Jonathan “Loda” Berg in a statement.

Alliance remained firm in the objective it previously set for the upcoming season, despite the roster upheaval, to compete in TI10, which will be held in their home turf of Stockholm, Sweden.

“This season our goal is not only to make it to The International in Stockholm, but to win it all on our home soil. With this experienced team, we feel confident about the journey we will take together, to reach that goal,” the organization said.

To that end, Fata will be playing as the Position 5 support for the team in order to facilitate his role as captain and drafter. The German veteran has notably played as either the mid- and offlaner throughout his career.

“I am looking forward to represent Alliance in the upcoming season. Transitioning to Position 5 as well as captaining the team is a definitely new chapter for me,” said Fata.

Nikobaby will be the one to watch in the team, as the Bulgarian carry impressed during his short stint in Southeast Asia with Mineski, and was even sought after by Loda himself upon his return to Europe.

“After a successful summer in SEA I wanted to continue my career back in Europe, and started playing with Fata and 33, said Nikobaby.

“Our goal is nothing else but to win TI10 with Alliance, we will do our best to make the fans proud.”