The two-time TI winner says he wants to become a “soldier of the Earth”. 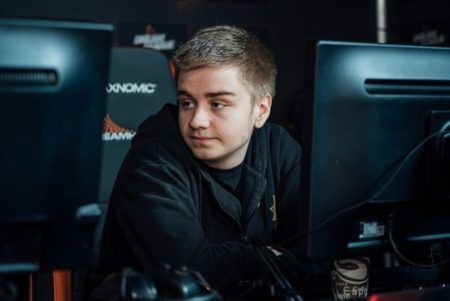 Two-time TI champion, Johan “N0tail” Sundstein, has revealed that he wants to become a “soldier of the Earth” and help solve the ongoing climate crisis once his Dota 2 career is over.

N0tail made his intentions known in an interview with Sport TV2 in Danish, saying that the climate emergency “is everyone’s responsibility.”

“I hope that someday I can do something for the environment. That’s the biggest topic right now. The world is burning up. It’s kind of my plan to jump into that fight, throw myself into it. Become a soldier for the Earth, of Mother Nature. I have some plans and ideas [on how to do so],” said N0tail.

It might not be too long until N0tail hangs up his mouse and keyboard, as the OG captain is already regarded as one of the greatest players of all time, and with his team’s historic second win at TI in August this year, he has nothing left to prove.

“Next year I’ll probably start thinking about something else. Now I feel I owe so much to a lot. It would be a shame if the Earth burns up, because then you will have failed so many generations. It’s a weight you can put on yourself, and I feel it,” he added.

N0tail’s plans may come as a shock to many in the Dota 2 community, especially OG fans, as he could potentially be leaving millions of dollars in prize money on the table. But N0tail already holds the record for the most prize money won in esports with over US$6.8 million, and he says that he has “a very different relationship to money than most.”

“Throughout my whole life I have been surrounded by close and good friends with whom I have always talked openly. But even when I came to money, it became a matter of whether I would become a near-miss or a rich fool. I see the boring side of it too, […] economics and finance do not interest me,” he said.

However, even without the allure of money driving him, N0tail’s focus remains on adding another Aegis of Champions to his already storied legacy.

“The plan is to win three times. There are two rings (TI championships) now, and then there must be three rings next time,” he said.

READ MORE: Here are the most hilarious moments from Day 1 of Midas Mode 2