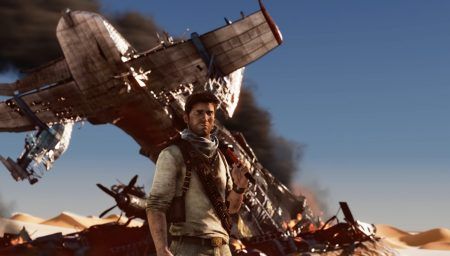 North tagged Holland and Wahlberg in a tweet and told them to have a great time playing as Nathan Drake and Victor Sullivan respectively on the big screen. Is this his way of passing the baton?

North ended the tweet with the Latin phrase “Sic Parvis Magna” which roughly translates to “greatness from small beginnings.” This was the inscription on Nathan Drake’s ring, originally belonging to the explorer Francis Drake.

A replica of the ring is included in the bundle The Uncharted 3: Drake’s Deception Collector’s Edition.

The Uncharted film is a prequel to Naughty Dog’s award-winning video game franchise. It will be inspired by Uncharted 4: A Thief’s End and will be directed by Ruben Fleischer.

READ MORE: After 12 years and 7 directors, the Uncharted movie has finally started filming