Cavill knows how to cut. Henry Cavill is an absolute nerd for all things Witcher.

The British actor played protagonist Geralt for the first two seasons of the Netflix adaptation, and has spent time immersing himself in the story’s diverse lore.

Cavill breaks down the Witcher’s two swords: the steel sword and the silver sword in a 2020 promotional video.

Henry Cavill breaks down swords from The Witcher franchise

If you’ve only watched the series, it’s pretty hard to notice the differences during combat.

The steel sword is used mostly for fighting humans. It’s also not actually made of steel. It’s made of a more durable material called Meteorite.

The silver sword is the witcher’s go-to weapon when hunting magical creatures. Even though it isn’t as durable as its steel counterpart, the silver sword has properties that make it deadly against creatures of magic. Geralt always keeps this sword on his steed, Roach, just in case he senses an evil aura. 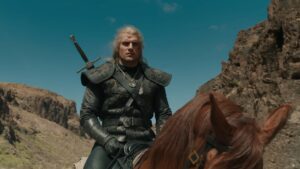 Aside from the witcher’s swords, Cavill also elaborates on the swords used on set to perfectly choreograph the battle scenes.

The cast used lightweight swords when acting out general fights and duels, but in close-up scenes involving swings to the face and the body, they used rubber swords to keep everyone safe.

To land the final blows, Cavill used a cut-down sword that could plunge the sword into enemies without hurting them. The crew then edits the sword in post-production to include more gruesome effects like blood.