Bren Esports and foodpanda partner up to #HackItLikeAPro 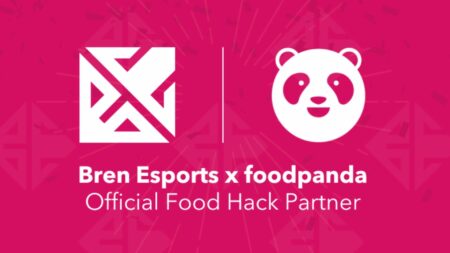 Bren Esports has announced another exciting partnership for their fans! After their alliance with global gaming brand Razer, Bren Esports and foodpanda are now partnering up to bring fans both their favorite gaming content as well as their favorite food.

Made possible by sports marketing agency Sportfive, the partnership between Bren Esports and foodpanda continues the marketing trend of non-endemic brands jumping into the gaming space.

“Now having an official delivery partner means their cravings will now always be just doorsteps away before crunch time,” said Chong. “It’s a milestone for Bren Esports and foodpanda to partner up and we’re quite excited to proactively promote this brand that will truly empower us to deliver championship moments to our fans.”

“Every game calls for meals that will fuel them up to victory,” said Roj Tirona, Brand Manager at foodpanda Philippines. “Additionally, this alliance is guaranteed to bring a wide range of selections so fans can enjoy favorite restaurants at home through foodpanda in more than 150 cities we are present. Most importantly, users will also be able to take advantage of a seamless and uninterrupted experience while in the middle of a marathon gaming session.”

Bren Esports and foodpanda promise lots of content for fans

Sounds like a Bren Esports mukbang show could be on the way!

READ MORE: You could be the next Aura PH or Bren Esports MLBB superstar