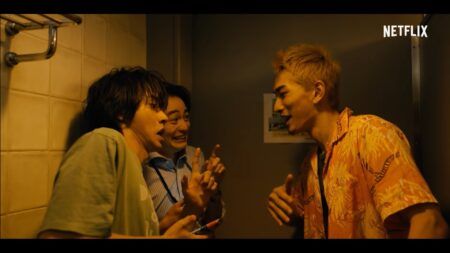 When I first saw the Netflix preview of Alice in Borderland, I immediately thought of two things: Lewis Carroll’s Alice in Wonderland and the game Borderlands, which left a weird impression in my mind.

Expecting the fusion of Alice’s whimsicalness with the desert wasteland of Borderlands, I was surprised to find that Alice in Borderland is set entirely in the city of Tokyo with Japanese characters that looked like they stepped out of an anime.

Without watching the trailer, I dived right in.

Alice in Borderland review: Spoiler-free thoughts and reflections from a fellow gamer

Following the perspective of Arisu, the first episode spends the first fifteen minutes situating you within the busy streets of Tokyo, establishing the lives of the main characters, and the premise of the show.

Very quickly, the main characters find themselves in an alternate Tokyo universe, where “there is one rule to survive in the Borderland: you must win life-threatening games,” writes Netflix’s summary.

If I had read the synopsis I might not have watched the series. It sounds so cliché. Yet another show about characters that need to fight for their lives in a series of horrific games orchestrated by an upper echelon within a dystopian society.

Surprisingly, even though Alice in Borderland takes on aspects of those movies, it also has very strong elements of Lost and real life escape rooms. The original Netflix series has managed to craft its own space in this genre, not because of its plot, but because of its robust visual storytelling.

Directed by Shinsuke Sato, who also did Death Note: Light Up the New World and Bleach live-action movies, this is his best work yet.

If you’ve ever visited Japan and made it a point to go to Shibuya to make the crossing and walk through the bustling streets Tokyo, you’ll remember the overwhelming crowds, the neon lights, the constant buzz of activity around you, and sheer the feeling of aliveness that oozes through the city’s concrete walls.

While the life and death games the characters engage in may be disturbing, the CGI of an empty Tokyo without life haunted me the most. Its stark contrast to real life was jarring, portrayed through wide angles of the familiar cityscape interwoven with closeups of train stations and signages under broad daylight and darkness. Imagine what it would feel like for those living in Tokyo right now watching this show!

Besides identifying with the series as a tourist, closer to the heart, you’ll be happy to know that the main character, Arisu, represents us gamers. He is an introverted nerd who spends most of his time at home playing games on his PC and mobile phone. Sound familiar?

Even though he was looked down upon by his family for engaging in this hobby, the protagonist uses his honed problem-solving skills to clear games in the Borderland — and is looked up to because of that. As we follow him on his forced adventure, viewers get a chance to play by his shoulder, constantly thinking about possible solutions during each episode’s (in)tense unfolding.

Since Alice in Borderland is based on a manga, which was also turned into an anime, you’ll appreciate that all characters’ backstory are well developed. They each have a reason for acting the way they do in the alt world. They are intentionally diverse, representing and challenging multiple stereotypes in Japanese society.

If reading this has made you excited to binge the series tonight, there’s one more thing you’ll need take note of. Alice in Borderland’s advisory ratings are Restricted 21 here in Singapore, so expect violence, gore, semi-nudity, and mature themes similar to Black Mirror. It is a dystopian tale, after all.

Lastly, you’ll need to actually watch the show to figure out where’s the Alice in Wonderland in all this, for I didn’t even notice the reference on my first run.