It was definitely a mogul move. 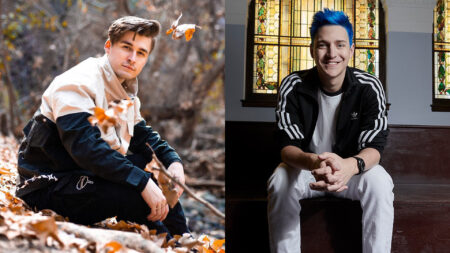 Before his stint on Mixer, Ninja set the all-time record at 269,154 subscribers during a 2018 stream with rappers Drake and Travis Scott and American football player Juju Smith-Schuster.

To dethrone the 2018 record, Ludwig started a “subathon” stream on March 14 that would add ten seconds to the stream timer every time a viewer subscribes to the channel.

Starting with just 30 minutes on the clock, Ludwig’s subscriber count immediately skyrocketed. After two weeks, on April 1, he had amassed 160,138 subs. Two weeks later, on April 14, he had more than 282,000 subs. The subathon ended yesterday, after 31 days on the air.

At one point early in the subathon, Ludwig’s channel was the most-watched stream on Twitch, despite his camera just being footage of him sleeping.

While there was still time on the clock when the subathon ended, Ludwig had previously set the self-imposed limit of one month so he could take a well-earned break.

“To Ninja’s record which, in its own right, is indomitable because it was done by the masses and individuals before the gifts changed the game,” said Ludwig. “What he did streaming admittedly a lot of hours took me streaming every single day of life 24/7 hours a day, with about half the amount of subs I have gifted to my channel.”

Catching wind of the news, Ninja took to Twitter and congratulated Ludwig on breaking his three-year-long reign, saying that “records are meant to be broken.”

Ludwig ended the stream on a wholesome note, agreeing to donate US$5 to charity for every subscriber on the final day.