How to get Black Site key in Warzone 2.0

And a secret weapon blueprint. 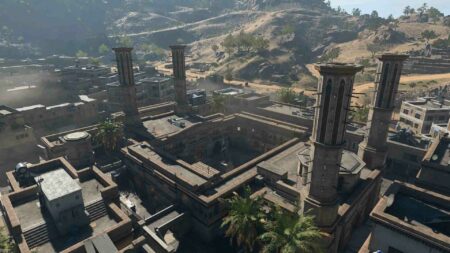 Black Sites are lucrative sources of high-tier loot in Warzone 2.0. Unlike Strongholds, they are exclusive to the battle royale mode and are not found in DMZ.

They are more difficult versions of Strongholds, and if you’re able to clear out one, you’ll be rewarded with a permanent weapon blueprint and other valuable equipment like a minigun and an Advanced UAV. On top of that, a UAV will sweep the area surrounding the Black Site until the circle collapses.

Where to find Black Site key in Warzone 2.0

To get a Black Site key, you’ll need to be the first squad to clear a Stronghold. In addition to eliminating AI combatants, you have to defuse a bomb before the timer expires in order to receive the key. For your troubles, you will also receive a loadout drop that equips you with your full loadout, including your chosen perk package.

If another team beats you to the Stronghold, you’re out of luck. You’ll still receive a loadout drop, but you will not get a Black Site key.

Strongholds are not available until the first circle collapse, so you’ll want to keep an eye on the timer and be ready to move. They are marked by a white castle icon on the Tac-Map and are very limited in number — only three are activated around the map.

Should you attempt to take on a Stronghold, its icon will turn red on the Tac-Map, alerting all players.

How to get Phantom’s Call weapon blueprint

Once you’ve secured the Black Site key, a minigun-wielding Juggernaut AI boss and armored enemies will be waiting for you in the Black Site.

A Black Site is marked by a different castle icon with a keyhole in the middle on the map. Its location is random and it can be located outside of the next circle. You may have to race the clock to clear it, so having a vehicle will be handy.

The ultimate reward for clearing out the site is the Phantom’s Call Vaznev-9K blueprint. The weapon also features a nine-digit code or serial number etched prominently on both sides — a potential clue to some future Easter Egg.

The blueprint has the following attachments:

Learn how to unlock guns early in Warzone and skip the grind, the best audio setting for hearing footsteps, and the best perk packages to use.

READ MORE: How to mute party members in Warzone