It looks like Wraith will be taking over the Shattered Forest. Apex Legends next in-game event will almost certainly be focused on Wraith, based on comments made by Apex Legends director of product management, Lee Horn, who said, “the next [event] coming early September [is] focused on a certain Phase Expert.”

Horn also revealed that upcoming events will “generally occur during a season and bring with them a limited-time mode, and event challenges that will let players earn cosmetics.”

Themed events may also include a “town takeover or small map change, and potential extensions to Apex Legends lore”.

In-game clues point to Wraith’s event being a town takeover, as several map changes have already been spotted. 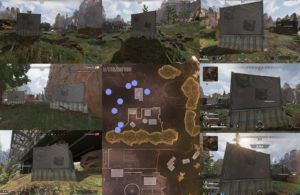 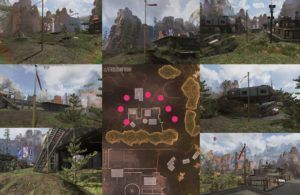 Could this area hide the underground phase technology facility where Wraith was imprisoned as a test subject?

If Wraith does takeover the Shattered Forest bunker it would be the second character-specific event we’ve seen, following Octane’s takeover of the settlement near Thunderdome earlier this month, which added jump pads, ramps, and a huge ring of fire in the middle of the town.