Where to read the Berserk manga right now 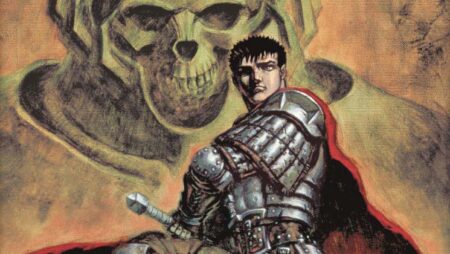 Kentaro Miura’s Berserk is one of the greatest mangas of all time, influencing countless video games and anime shows with its greatsword-wielding protagonist, Guts.

While the franchise has had numerous adaptations, the best way to immerse yourself in the dark fantasy is through the Berserk manga, which showcases Miura’s original artwork and storytelling.

If you’d like to know more about Guts and his journey, here’s where you can read the Berserk manga.

The Berserk manga is available on the official Dark Horse website The English translation of Berserk is currently available on the Dark Horse website, where you can buy a digital volume for US$9. Readers can buy packs of four volumes for US$30.

As of the time of writing, Berserk has released a total of 370 chapters. Chapter 371 of the Berserk manga is rumored to have a December 2022 release.

For those new to Berserk, you can get a feel for Miura’s storytelling and artwork by checking out the previews of each volume on the website.

Dark Horse’s versions are only available in specific countries, including the Philippines, Singapore, Japan, the U.S., and the U.K. You can check out the full list of countries by clicking the Region Restrictions tab on the volume webpage.

Miura’s last illustrations for the series are featured in chapter 364 and volume 41. Following the author’s passing in May 2021, Japanese magazine Young Animal announced that Miura’s manga studio, Studio Gaga, is working alongside longtime friend and manga artist Kouji Mori to complete the series.

How many Berserk adaptations are there?

Berserk has been adapted three times, with the first being a 25-episode anime series by animation company OLM in the late 90s. The Golden Age story arc was adapted into a film trilogy that was released in 2012-2013.

The latest adaptation of Miura’s masterpiece was a second anime series that ran for two seasons in 2016-2017. It is currently available on Netflix.