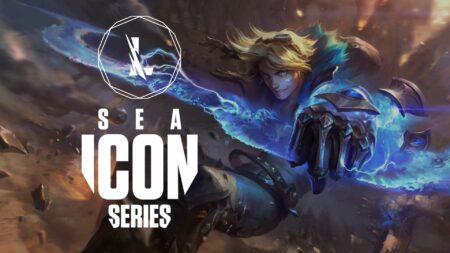 Other than prize money of about US$35,000, the SEA Icon Series Vietnam also gifted SBTC Esports with a unique trophy to commemorate their win.

This might remind you of Thanos’ Infinity Gauntlet, but it’s actually inspired by the glove of League of Legends:Wild Rift marksman champion, Ezreal.

The trophy was conceptualized, designed, and made in Vietnam. Coincidentally, Ezreal was also one of the champions that SBTC Esports picked in the grand final.

“We are pleased to honor the collective SBTC Esports team with enthusiasm and relentless efforts to build the foundation of this tournament,” Riot wrote in a Facebook post.

SBTC Esports will represent Vietnam in the 2021 Summer Super Cup

As the very first champions of the SEA Icon Series VN Summer Season, SBTC Esports, along with runner-up Cerberus Esports, will represent Vietnam in the upcoming Summer Super Cup taking place this June.

Stay tuned for more details on the Summer Super Cup.

READ MORE: Wild Rift patch 2.3 changed Akali so much she might actually be stronger now