Judge me by my size, do you? 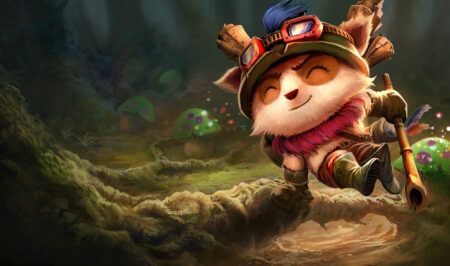 In the first patch of 2021, Riot Games surprised by adding a total of five new champions to League of Legends: Wild Rift. Patch 2.0 introduces Corki, Kennen, Tristana, Lulu, and the devil himself, Teemo, to the game.

Previously, Riot had only teased Teemo’s entrance to the Rift. Who knew we were getting not one, not two, but five Yordles this new year? Here is a summary of their abilities and what to expect from each of them:

This daring bombardier is the second bomber to join the ranks of Wild Rift alongside Ziggs in the mid lane. Unlike traditional marksmen, Corki naturally outputs a mixture of physical and magic damage. Secondly, his AoE skills mean he’s great at clearing waves, and is preferred playing mid.

You can still play him in the Dragon Lane, of course, but it means you’ll lose out on consistent on-hit auto attack damage since Corki is dependent on spells.

The most unique feature of Corki is his passive, which allows him to pick up a package in base that grants him additional movement speed and an enhanced Valkyrie. This means that you’ll get to fly over opponents in fiery fashion, first with the enhanced Valkyrie followed by the standard one, one after another.

Passive – Mark of the Storm

Truly the heart of the tempest, Kennen is an electrifying mage who is traditionally played top lane. Part of the ninja fam with Akali and Zed, Kennen is a ranged AP champion with a flashy AoE ultimate.

Your goal in team fights is to catch as many opponents as possible with Slicing Maelstrom — by flanking or teleporting behind enemy lines — and stunning them with your passive. By initiating such a big play, you can totally turn games around for your team.

In lane, you’ll rely more on auto-attacking and throwing out Thundering Shurikens into Electrical Surge to harass your counterpart.

If you want to go down the unconventional route, you could also try playing on-hit attack speed Kennen in the Dragon Lane. (Don’t @ us.)

For this Yordle, it is all about the reset. If you manage to take down an enemy champion as Tristana, Rocket Jump’s cooldown will reset. Continuing the chase, you can hop from one enemy to the next as you obliterate them.

Unlike other marksmen, Tristana gains range as she levels, making her a true scaling champion who needs at least two items to start popping off. However, she can do a good deal of burst damage at level three with the use of all three of her abilities. When paired with the right support, their all-in potential in lane is lethal.

The good news is that this fae sorceress is easier to use than Janna. She has fewer skill shots to aim, and at the very least, can provide a reliable shield that doesn’t disappear.

The not so good news is that because Lulu’s second and third ability have two types of casts, one on allies and an alternative on enemies, mastering the timing of when and on who to use them on in complex team fights will be challenging.

Should you do damage to an enemy or shield an ally? Do you speed up your ally, pumping their attack speed, or morph a single enemy target into a critter? Would you Wild Growth your initiator for follow up crowd control, or save it to protect your marksman?

Find out by playing her. Or just use her in mid as an AP mage.

These are just some of the adjectives you’ll use to describe your experience playing against Teemo. The little devil has arrived in Wild Rift, and we’re not sure if you should be glad or sad.

The most hazardous ability to play against is his ultimate. These invisible shrooms around the map are nightmare traps waiting to kill you. Not only do they slow, they also do magic damage over time, amplified with Liandry’s.

He has the potential to do well against AD bruisers or marksmen thanks to his first ability that causes their auto attacks to be ineffective for the duration of the blinding dart.

Other than that, Teemo is extremely cute. He moves around delightfully, laughs cruelly, and has many adorable skins to offer. He will steal your heart and your money.