Achieve a 60% win rate by playing these five support champions

Being tanky leads to victory. 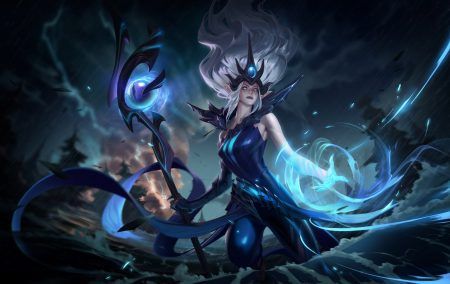 Support is not the most popular position among players of League of Legends: Wild Rift, but it does play an important role in helping teams set up successful gameplays.

In addition to sustaining teammates and controlling vision, the abilities of support players are a prerequisite to important fights as they contribute crowd control effects.

In the current Wild Rift meta, tank support champions are a strong choice thanks to their fairly comprehensive skill set. A Reddit user named “moanadota” shared his personal experience, climbing the Season 0 ladder with an overall rate of 60%. Here are the five champions he used, including a few tips when playing tank supports.

Alistar is a champion that fits most matchups and is very strong in fights. You should focus on clearing your creeps early and playing defensively until you buy Deadman’s Plate. This item will drastically increase movement speed, which helps him apply lane pressure.

Malphite support is quite weak at first, but just wait for this champion to reach level 5. That’s when you can activate his ultimate ability, Unstoppable Force. In the late game, you should buy Gargoyle Enchant and use it by staying close to your teammates. The health and damage reduction will help Malphite stay alive, or fight back in a clash.

Braum is not easy to play if you are just starting out, but don’t be discouraged by his difficulty level in Wild Rift! Braum players need to focus on a few main points: only use Braum to pair up with a ranged gunner with a decent attack speed (Jinx or Ashe) who can proc Braum’s passive more easily after he casts his first ability, Winter’s Bite.

Janna is not really a tanky champion, but she can limit the movement of mid-game champions like Alistar and Braum, and protect and babysit the weak bot laner in the early game. Kai’Sa would be a good champion to pair her with. There are two ways to itemize Janna: first is Ardent Censer, which assists the marksman with attack speed; the second is Luden’s Echo, ideal when paired with Jhin or Draven (bot laners that don’t need attack speed).

Blitzcrank is already a familiar pick among players. He is very strong in the early game but may become less relevant from mid to late game when team fights are more rampant, and defensive items start pilling up. If you get the opportunity to pick a champion later in draft, and you see that your opponent chose a squishy ranged support, lock in Blitzcrank immediately to ensure an early lane win.

If playing as a tank support isn’t your cup of tea, why not try a mage support style, starting with Seraphine?

In general, Wild Rift at this time is still under development, there are not many champion options like its PC version. Riot Games will continue to expand the champion pool this year, starting with five new Yordles this month.