The Guardian is now priced right between the Bulldog and Vandal/Phantom. 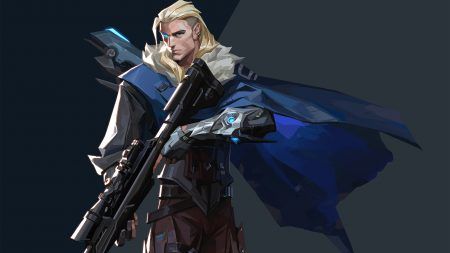 Riot has released a new patch for Valorant and it includes a major change to the Guardian rifle.

The Guardian is a semi-automatic rifle with a medium-range scope, capable of 1-shot headshotting at any range, or 3-shotting to the body.

However, at 2,700 credits, it sits in a strange place in the game’s arsenal, and often feels like an inferior slower-firing Vandal (which can also 1-shot headshot at any range).

To address this, in patch 1.03 Riot has reduced the cost of the Guardian to 2,500 credits, which now puts it exactly between the Bulldog at 2,100 credits, and the Vandal and Phantom at 2,900 credits.

The gun’s penetration power has also been increased from medium to heavy, which will make it a good option for wall banging when you can’t afford an Operator.

The slower rate of fire will make the Guardian much less effective at body shot spamming at all distances, so make sure you line up those headshots.

The gun’s input queue has also been increased from 0.083 to 0.1175. Input queue refers to the amount of time that you can buffer a shot if you click before the gun can actually shoot again. The increased input queue makes buffering shots a little more lenient and will help players adjust to the slower rate of fire.

“We hope these changes will sharpen the Guardian’s identity as a long-range, versatile weapon, with its heavy penetration values and lower price providing some more nuanced choice competition to the rifle category of the arsenal,” said Riot.

Capturing the Twin Hunters orb will release two hunter wolves that will track down the two nearest enemies. The wolves will speed up when they spot an enemy and dash at them when close, slowing and near-sighting for four seconds upon impact.

The wolves can be killed, but have 150 HP. Alternatively, if you can outrun them or wall them off, they will despawn after 15 seconds.

The patch also includes a number of quality of life improvements to the Surrender system.