It’s Gun Game with a twist. The game mode puts players in a 5v5 match in which they switch guns on the fly after a specific amount of kills. The game mirrors the similar roulette style of Spike Rush while also incorporating Deathmatch’s fast-paced shooting with unlimited respawn and instant heals and reloads.

Longtime FPS fans may recognize Escalation as a new take on similar modes like Call of Duty’s Gun Game and CS:GO’s Arms Race, but Riot has put its own twist with added teamwork and guns getting progressively less lethal as the game goes on.

Here are three quick tips to help you become the best sharpshooter in Escalation.

How to achieve victory in Valorant’s Escalation mode

You can predict what guns are up next

In terms of weapon drops, Escalation will factor in some randomization to keep every match unique. When the game mode starts, the teams will go through a set of 12 randomly-generated weapons/abilities, in order of most lethal (usually rifles) to least lethal (usually sidearms).

While it may be fairly random at first, you can give yourself an advantage by watching the progress bar of you and your opponents at the top of the screen.

Both sides have the same set of randomized guns so if ever you’re behind or ahead, you get a clue on what kind of weaponry you’re going against. 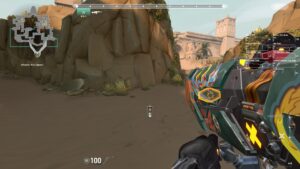 Be aware of any more unique abilities and weapons that pop up in the stages. Players can encounter hordes of Boom Bots, unlimited Showstoppers, and even a barrage of Snowball Launchers from Valorant’s winter-themed mode, Snowball Fight.

Despite having an average playtime of eight minutes, Escalation becomes a more enjoyable mode when you slow your gunplay down. In contrast to Deathmatch’s free-for-all chaos, you’ll be playing on a five-player team so it’s okay to play your usual peeks and walks around the map.

There’s a likely chance that you’ll run into two or more opponents at a time. Even though you can get the quick kill before dying, you’re also feeding points to the enemy team for a quick stage advance.

If you’re worried about running the game a bit too long, Riot has capped the game’s playtime to ten minutes, giving you a short grace period to truly relish that Ghost in the last few minutes. When the ten minutes are up, the team in the lead will be declared the winner of Escalation.

Take advantage of the team mechanics

While it may look like a fun take on the Gun Game formula, there’s a substantial amount of team play that goes into grabbing the W.

Just like Deathmatch, every player will respawn across the map in unseen corners and blind spots. It’d be best if you and your team can actively move around to see where your opponents are spawning from.

The enemy team will spawn closer to their place of death. For example, a squad rushes into Hookah in Bind and a teammate finds one of the enemies freshly spawned near the fountain. In that case, you should prompt your squad to transition to A site for a safer position.

For gun progression, your team has to work together to rack up kills and progress to the next gun. If you deliver the stage-changing kill, your gun will automatically change while your other teammates will need to get a kill in order to switch to the next gun.

Keep in mind that you can easily form a significant killstreak on the Vandal, but you might feel a sudden drop in firepower when you eventually progress to a less deadly weapon like the Guardian.

It’s important that you also track your teammates’ progress. You can check the scoreboard to see if there are any players that are more than one stage behind due to a lack of kills. For example, our Raze teammate was still stuck on the first stage, the Showstopper, since she had no kills.

However, if your entire squad can frag out and progress to the final round, the player left behind will automatically catch up to the final weapon/ability.

Escalation has the perfect amount of mayhem and coordinated teamwork. As an interesting venture from Valorant’s usual tactical gameplay, the thrilling game mode provides a surprisingly novel experience for FPS fans.