“We wanted the best players and we found them.” 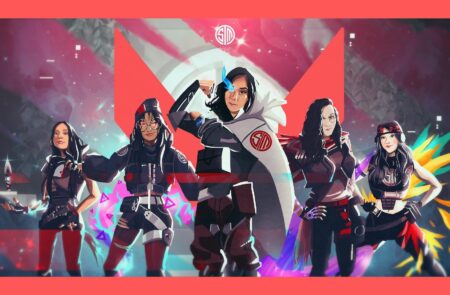 TSM has announced a second Valorant roster alongside their current team – an all-female squad set to compete at the VCT Game Changers series.

An effort to encourage more diversity and female presence in the Valorant scene, TSM’s roster consists of some of the most skilled players in the community:

“We wanted the best players to build out our competitive VALORANT presence, and we found them,” he says. “Cath is a veteran leader who has shown clear dominance in various matches since 2017. Athxna shows real prowess as an in-game leader, and with the raw skill that LunarKats, mle, and Zoe possess, I see huge potential for this team.”

As a former CS:GO professional with four world championships under her belt, Cath is the most experienced on the team and ready to get back into the competitive scene under the TSM banner.

“I’m beyond excited to join a well-established organization like TSM and bring my previous experience from CSGO into a fresh game like Valorant,” said Cath.

The team is also fully backed by TSM’s partners, including Lenovo, who have equipped the players with their products.

“Women are increasingly shaping gaming culture,” said Matt Bereda, Vice President of Global Consumer Marketing for PCs and Smart Devices, Intelligent Devices Group, Lenovo. “We are thrilled to see our partner, TSM, embracing this growing demographic of gamers and esports enthusiasts. At Lenovo, we believe esports should be inclusive and welcoming to all and are proud that TSM shares these values and is providing opportunities for female gamers,”

The team will be deployed at the VCT Game Changers series, to be broadcast on Twitch beginning March 19 by Nerd Street Gamers and Valorant Esports NA.

READ MORE: What the Valorant Game Changers initiative means for me and other female Valorant players