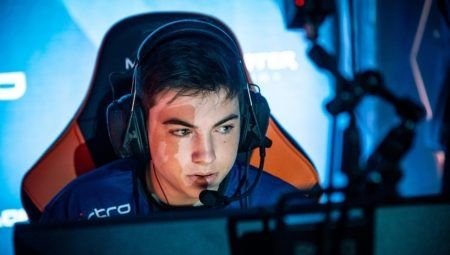 Sentinels has announced that they have signed former Counter-Strike: Global Offensive (CS:GO) pro Michael “dapr” Gulino to round out their Valorant roster.

“Dapr will join a roster that is poised to compete for championships in the coming years as the Valorant competitive esports ecosystem flourishes […] Our team can’t wait to show off what they are capable of in the many tournaments to come,” the Sentinels said in a statement.

Dapr is most known for his time as the rifler for eUnited from 2018 to 2019, making regular appearances in the ESL Pro League and the FACEIT Pro League while under the team’s banner. He has also played under Swole Patrol, Lazarus Esports, and Team Singularity, to name a few, after leaving eUnited.

Dapr formally announced his switch to Valorant in mid-May after his last CS:GO team, Bad News Bears, disbanded due to poor results.

“Ultimately, I decided the best decision for me personally would be to switch over to Valorant instead of being in the bottom pro league loop I’ve been in for the last couple years,” dapr said in a post on his personal Twitter account announcing his retirement from CS:GO and subsequent switch to Valorant.

Dapr is one among a growing number of former CS:GO pros from North America, which includes Gage “Infinite” Green, Victor “Food” Wong, Ryan “freakazoid” Abadir, and Jordan “Zellsis” Montemurro, among others, who have already made the switch to Valorant in the hopes of finding greener pastures.

Jaccob “yayster” Whiteaker, another American CS:GO pro, cited a lack of organizational support for players from non-established teams in the region as the reason why so many CS:GO pros are switching to Valorant.

“I don’t blame them. Some people need to pay bills or want a fresh start after playing a game for years and years. A large majority aren’t looking to cash out on this opportunity. It’s just the hand they were dealt.”

While Valorant has only just been fully released back in June 2, the hype surrounding the game has been phenomenal. Big-name players from other shooter games like CS:GO, Apex Legends, and Overwatch are already trying their luck in Valorant’s fledgling competitive scene, well ahead of its expected rise to a top-tier esport.