Killjoy is broken but here’s how Riot can fix her

We need to talk about Killjoy.

The Valorant community has been quite vocal about their dislike of Killjoy and her impact on games, with the overall general consensus right now being that she is ruining the state of competitive play.

In fact, she was even banned by Riot from tournament play in all Ignition Series tournaments.

But before we discuss what makes Killjoy so broken, we need to explain what Valorant was like before the hi-tech agent was ruining your ranked matches.

Prior to Killjoy’s debut, all pro players agreed that Cypher was one of the best agents in Valorant, and was a must-pick along with perhaps only Sage. His abilities gave teams so much information without the risk of losing a player.

Now, imagine those same Cypher agent abilities, but instead of just gathering information, add in the ability to also deal massive damage to enemy agents. That is exactly what Killjoy is.

While Cypher is extremely strong on defense, he is less useful on attack. However, Killjoy is even stronger than Cypher on defense, and is also incredibly strong on attack, especially post-plant.

Her Turret ability can be used similarly to Cypher’s Trip Wires to cover your team’s back on the attacker side. On defense, it can be used to set up crossfire positions. It can even be placed at broken spots where attackers can’t deal with it unless they decide to fully commit to the site. 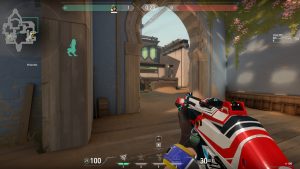 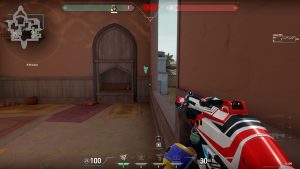 Then, there’s her Nanoswarm that can be placed at important locations on the map and can be activated from anywhere. Yes, you can destroy them, but if you’re running into the side while clearing corners; will you really be able to deal with these annoying little eggs that deal so much damage? Her Nanoswarm is also arguably the best molly in the game with great distance, huge damage, triggered activation, and it can also be quite hard to see when you’re actually in it.

Combo the Nanoswarm with her Alarmbot, which tells her exactly when to trigger it, and she can kill players in less than two seconds. And unlike Cypher, who needs to be near his gadgets to recall them, Killjoy can recall her Alarmbot from anywhere on the map. Making it more than just a one and done trap.

Finally, we have the most broken ultimate in the game, her Lockdown. Her ultimate has the radius of an entire spike site. And, if it doesn’t get destroyed, it detains opponents for eight seconds. Players caught by the ultimate are not allowed to use their weapons or abilities, they can’t plant or defuse, and they’re also massively slowed, so they can’t even run away. When used properly, this ultimate is a guaranteed round win for the team.

100 Thieves captain, Spencer “Hiko” Martin is one of the most prominent figures in the Valorant scene and he immediately questioned Riot’s process in designing Killjoy after showing his fans just how broken Killjoy is on his stream.

Riot then responded in their most recent Q&A blog post regarding their initial position about “abilities don’t kill.” Character Design Lead, Ryan “Morello” Scott explained that, “This statement isn’t completely accurate—especially in a game that already had Raze and Killjoy’s gameplay locked in before our announcement.”

“If this promise (abilities never kill) was the thing that made you come to try VALORANT, we’re sorry if we misled you, even unintentionally. But our position is, and has been, that abilities that deal damage are a core part of tactical games—whether it be VALORANT or other tac shooters,” said Morello.

This means Riot is fine with how Killjoy was designed, and her role as an agent will not be changed. But, what needs to happen with her moving forward?

For the record, my ranked games are at Plat-Diamond level (I’m Plat 3 myself), so my suggestions for how to fix Killjoy are based off of that. However, Killjoy in her current state is affecting games all the way from Iron 1 up to Radiant, and I believe these changes would go a long way towards balancing Killjoy at all levels.

In my opinion, the Turret is mostly fine, although its sight range could probably be reduced since it’s just too good as a flank watcher. At least Cypher has to constantly check his Spy Cam; the Turret automatically gives Killjoy’s team the information of an enemy agent’s whereabouts.

The only other nerf I would want to see for the turret is a reduction in its HP. At 125HP, it’s the tankiest gadget in the game, and since it’s free, Killjoy will always have one, including in the pistol round. Since it has no headbox it takes four shots from a Ghost to down it, which is more than enough time for the enemy Killjoy to kill you even if she only hits body shots. For comparison, Raze’s Boombot and Sova’s Owl drone both have 100HP, and Cypher’s Spycam has 1HP.

Next up, Riot needs to reduce the damage and AOE of her Nanoswarm. Even without the Alarmbot combo, the Nanoswarm already does way too much damage and blocks off very important points of the map.

Riot should also make the Nanoswarm more visible. If a team is running into the site, the sound of weapon fire and agent abilities will block off the Nanoswarm audio cue, which often gets the attacker’s spike planter killed. It’s also very easy to hide the Nanoswarm directly under the spike, rendering it invisible.

Lastly, Riot needs to rework or implement major nerfs to Killjoy’s Lockdown ultimate. A reduction in the total AOE range and eight-second detain timer would give the opposing team a better chance to counter it.

Riot needs to make these changes fast if they plan to add Killjoy to the competitive agent rotation. Because as of right now, she’s breaking the competitive integrity of Valorant.