100 Thieves enters Valorant with a team helmed by one of the most clutch CS:GO players ever. 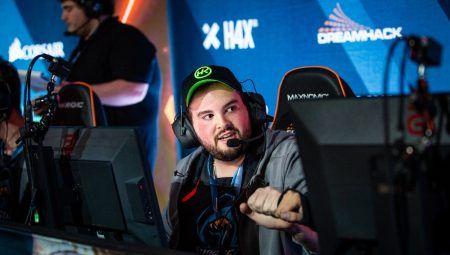 Spencer “Hiko” Martin has announced that he has retired from Counter-Strike: Global Offensive (CS:GO) to professionally play Valorant, where he will be captaining 100 Thieves’ newly-announced team.

“100 Thieves has always been an organization that I looked up to, after having talked to the management and the actual people that I’ll be working with, their goals and my goals really align almost to a tee,” said Hiko.

“My goal throughout my entire career has always been to win. I want to win, and I will do whatever it takes to win. My goal with 100 Thieves is to bring as many championships and as many trophies as I can to this organization.”

100 Thieves founder and CEO Matthew “Nadeshot” Haag shared that the organization believes that “Hiko already has a huge head start on a lot of the competition and knows what it takes to compete at the highest level.”

“He’s competed in grand finals, he’s competed in front of hundreds of thousands of people, so we believe he is the best possible person we could recruit to be the captain of the 100 Thieves Valorant team,” said Nadeshot.

Hiko is renowned as one of the most prolific CS:GO players in North America, having played for organizations like compLexity Gaming, Cloud9 (C9), iBUYPOWER, Team Liquid, and Rogue.

His most notable stint was with C9 in 2014, when he staked his claim as one of the most clutch players in the history of the game in a memorable run to a Top 8 finish at ESL One: Cologne 2014. His remarkable performance was punctuated with highlights such as these:

While 100 Thieves has yet to reveal the rest of their Valorant roster, Hiko is already excited to enter a new competitive scene.

“After 18 years of Counter-Strike, I think the biggest thing that Valorant stuck out for me [is that] the game feels very similar as far as gunplay and mechanics go. But when you start adding abilities, you have so many options for strategy and different styles of tactics that you can actually apply. It makes the game really fun to play and think about,” said Hiko.

Hiko is one among a growing number of former CS:GO pros from North America who have already made the switch to Valorant in the hopes of finding greener pastures. This list already includes Gage “Infinite” Green, Victor “food” Wong, Ryan “freakazoid” Abadir, and Jordan “Zellsis” Montemurro, among others.

Jaccob “yay” Whiteaker, another American CS:GO pro, cited a lack of organizational support for players from non-established teams in the region as the reason why so many CS:GO pros are switching to Valorant.

“It makes sense for organizations to pour money into [Valorant] since the scene is so unestablished,” said yay. “It’s a gold rush essentially right now, so why put money into a top 20-30 team?”

While Valorant was just released on June 2, the hype surrounding the game has been phenomenal in the months leading to its official launch. Big-name players from other shooter games like CS:GO, Apex Legends, and Overwatch are already trying their luck in Valorant’s fledgling competitive scene, well ahead of its expected rise to a top-tier esport.