The open qualifiers begin on November 9. We’ve listed down everything you need to know about the European First Strike series.

The online open qualifiers will be split into four separate tournaments, with two competitions running each week. Teams can also register in different qualifiers even when they get knocked out from previous qualifiers.

The qualifiers will follow a single-elimination format, with the top eight teams advancing to the playoffs. There, teams will compete in best-of-three matches, with the top four teams making it into the First Strike EU main event. 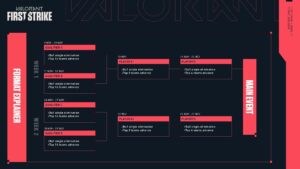 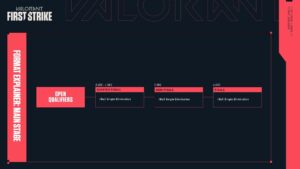 The rules also indicate that there must be three players from the European region on each team. Teams can view the full European country list from Riot’s official announcement post.

First Strike EU begins with the open qualifiers from November 9 and will continue until November 22. The tournament will then shift towards the main event, which will be held on December 3-6.

The quarterfinals are scheduled to take place on December 3-4, followed by the semifinal on December 5. The final day of competition is on December 6, where Riot will crown their first-ever European First Strike champions.

The US$100,000 prize pool will be awarded to the top eight teams that make it into the main event. The distribution of prize amounts can be broken down as follows:

Riot will release the official streaming channels for First Strike EU in the coming weeks.