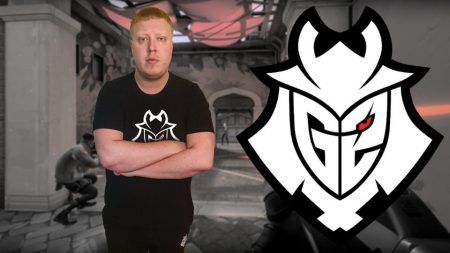 Ardiis claimed that the North American Valorant scene is underdeveloped and that some of their players are “weighing them down.”

He explained further, mentioning that while TSM’s Matthew “Wardell” Yu and Yassine “Subroza” Taoufik are unbelievable players, he thinks that Stephen “reltuC” Cutler and team captain, James “hazed” Cobb “could be improved.”

When asked about G2’s and his own personal success in Valorant, Ardiis shrugged, saying he didn’t care what other people thought of him. Because having a perfect 10/10 record in Valorant Finals competitions and “not losing a best-of-three in the whole of Valorant, including the closed-beta [competitions]” could do the talking for him.

Ardiis believes that G2 has the best five individual players in Valorant, later proclaiming, “We don’t have a weakness.” The confident G2 player then started enumerating other players who had participated in the WePlay! Valorant Invitational and weren’t as up to par.

“In PartyParrots, Kirill ‘ANGE1’ Karasiow and Andrey ‘Shao’ Kiprsky aren’t as good. They have three not so good players,” he observed, “And if you look at FABRIKEN, they have these superstar players like Pontus ‘Zyppan’ Eek and Johan ‘Meddo’ Lundborg, but they also have players who aren’t as strong.”

Ardiis expressed wanting to see more teams made up of five good players, as he notes there are too many people dragging each other down.

Aside from being “bored playing the same four maps,” Ardiis named Cypher as the agent “they’d have to nerf.” He, however, also mentioned that he wanted to see where Riot was going to take the game, as he enjoyed playing Valorant as a sport.

With Valorant’s competitive scene locked to regional play due to the ongoing COVID-19 global pandemic, everyone is stuck wondering who truly is the best Valorant squad in the world at the moment. But we can at least all look forward to watching G2 Esports go up against TSM in a stacked Valorant tournament, once international tournaments finally get started.