Astra and Breach can be deadly on Split. 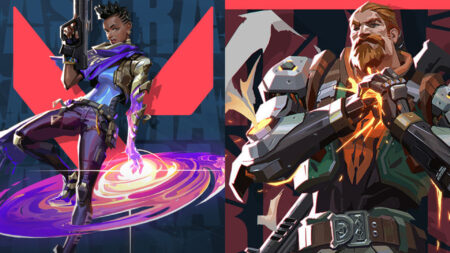 Astra and Breach’s combined agent abilities helped to detract opponents from contesting garage on Split at the start of the round.

Vision Strikers’ Astra and Breach combo in garage on Split

At the start of the round, place two Astra stars at the entry point of garage on the attackers’ side. After which, Breach should immediately use his Fault Line to stop attackers from entering.

This will give Astra enough time to smoke garage’s entryway and block the attackers’ vision, preventing them from seeing the second star.

Once enemy agents enter, Astra can activate Gravity Well to pull in attackers who emerge from the Nebula smoke.

Breach then follows up with Aftershock to kill the attackers’ who get pulled into the Gravity Well.

Astra’s Gravity Well lasts for 2.75 seconds; this gives Breach’s Aftershock — which has a windup of 2.4 seconds — enough time to hit. Aftershock explodes three times and does 60 damage per hit.

This combo gives defenders garage control every round. Players can even go for an aggressive play by pushing garage, take the far corner, and set up a cross-fire lineup or a bait play.

Vision Strikers decided to play it safe and moved Kim “MaKo” Myeong-kwan to the far corner of garage. Kim “stax” Gu-taek then baited himself by fighting F4Q’s agents who were attempting a B-site push.

Vision Strikers reclaimed their status as the kings of Valorant Korea by winning the VCT Korea Stage 3 Challengers 3 Playoffs. They will represent their region, along with F4Q, during the upcoming VCT Stage 3 Masters Berlin.

Berlin will host 16 of the best Valorant teams in the world battling for VCT circuit points and a chance to advance to Riot Games’ Valorant Champions tournament at the end of the year.