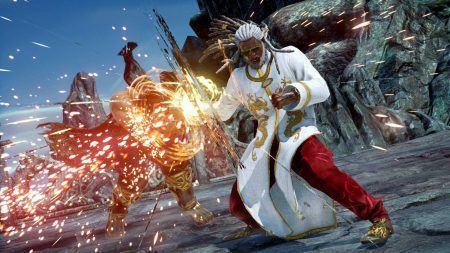 Tekken’s new 3.21 patch has just rolled out and it looks like it will finally end Leroy’s reign of terror.

After 6 out of the top 8 players at Evo Japan ended up being Leroy mains, Tekken producer Michael Murray immediately responded to the community backlash with a promise of a better and more thorough assessment of Leroy’s kit.

In total, 16 of Leroy’s moves have been nerfed:

Most of the changes are aimed at decreasing Leroy’s combo damage and opportunities. Some moves like his b1 parry and b1+2 now have increased recovery animations, giving opponents a solid punish when used.

Some moves got drastic distance changes, making sure that opponents can punish Leroy on block. Even his orbital kick, which was already nerfed in the first patch, got a decrease in range.

Overall, while Leroy can still pull off some huge 70+ damage combos, his moves are now very much punishable with more frame and distance disadvantages.

With the Tokyo Tekken Masters being the first Tekken World Tour stop, it’ll be interesting to see if Leroy can dominate once again.

The Tokyo Tekken Masters will happen on April 4-5.