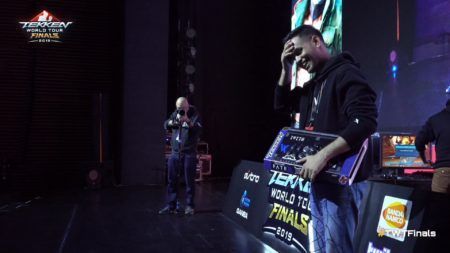 In a stunning turn of events, Pakistan’s Bilal “Bilal” Ilyas has secured his golden ticket to the Tekken World Tour Finals by winning the Last Chance Qualifier tournament. The FATE player went against the Philippines’ Alexandre “AK” Lavarez in the Winner’s Finals.

Bilal started out the series as Akuma, but AK’s Shaheen was too much for him to handle, and he ended up swapping to his usual main, Bryan.

However, even after the swap, Bilal couldn’t stop AK from claiming the first set and the reset. The Filipino player focused on creating distance from Bilal and capitalizing on a whiff punish. In the last round, AK reversed Bilal’s tackle and eventually got the reset with a simple middle uppercut.

Bilal switched tactics in the second set, and opted for a more defensive strategy. He concentrated on counterattacking and managed to take the first game 3-0.

By the final game of the set, Bilal was looking unstoppable. By keeping AK out of range with Bryan’s chunky Hatchet Kick, Bilal easily brought AK’s life advantage down and secured the win with a simple, yet deadly Rage Drive.

Bilal will now go on to be the last seed of today’s Tekken World Tour Finals. You can catch the stream here.