The biggest winners and losers of Teamfight Tactics 10.15

The Dark Stars get a galactic downgrade. 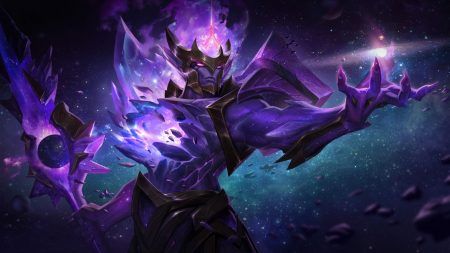 With the massive meta rework done in 10.14, Riot is balancing things out in the newest Teamfight Tactics 10.15 patch to bring some harmony to the galaxy.

Blasters and Space Pirates get some great buffs to individual champs while the recently bolstered Celestial and Dark Star traits take a step back in their units’ tankier qualities.

Blasters get a decent buff in some of its key pieces in various compositions. Graves gets a longer blind duration with his Smoke Grenade while Lucian has a stronger Relentless Pursuit during all his levels. With Darius doing well in an early Space Pirate Blaster composition, the SP Mana-Reaver gets a health increase with a smaller, more efficient mana pool.

Though Riot tried to usher Celestials back into the meta, it proved to be a bit too strong against other top-tier compositions in the early stage. With that, the self-healing trait gets a slight nerf to its first bonus while Celestial Protector Rakan gets a downgraded healthbar.

With an incredible boost in overall stats between its champs in the previous patch, Riot has deemed the Dark Star squad to be a bit too strong. Jarvan takes a heavy hit in his Ageless Standard bonus while the 5-cost sorceror Xerath gets a nerf on his health and starting mana.

For more information, you can check out the full Teamfight Tactics 10.15 patch notes.