Gunslinger teams will need to find a new late-game weapon. 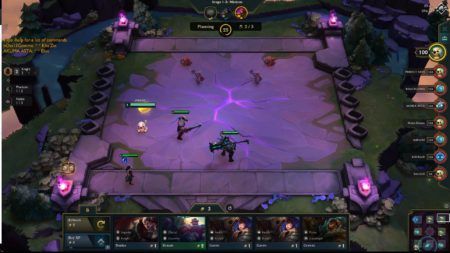 Riot’s Auto Chess mode, Teamfight Tactics, has just dropped a new ‘b-side’ patch that promises to balance out a few of the more overpowered items in the game.

The most significant nerf is to the Cursed Blade item. Due to its prominent use in Volibear/gunslinger team compositions, Riot is decreasing its effect on opponents.

The Cursed Blade is an item with the on-hit ability to reduce your opponent’s star level by one. It’s the perfect piece for full gunslinger compositions due to your 50% chance of hitting all targets in range.

With the new patch, Riot has reduced the chance of the Cursed Blade debuffing your opponent from 25% to 20%. With the nerf, the Cursed Blade now becomes the least effective debuffer in the game — the Swordbreaker has a 25% chance while Hush has a 50% chance.

The patch includes some buffs too. Both the Morellonomicon and Infinity Edge got some much-needed improvements. The Infinity Edge’s critical strike damage has increased from 100% to 150%, making it essential in any assassin team while Morellonomicon’s max health percent damage went up from 3% to 5%.