Teamfight Tactics is coming to mobile in March

Riot has also hinted that a Space-themed Set 3 might drop around the same time. 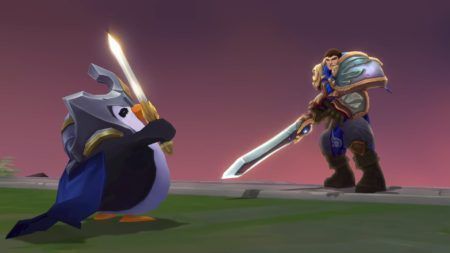 We now know that Riot’s League of Legends-based auto battler, Teamfight Tactics, will be coming to mobile devices this March.

In a dev video announcing the release, TFT producer Dax “Lunchboy” Andrus also confirmed that Set 3 will be coming out at around the same time.

Game designer Stephen “Mortdog” Mortimer has also hinted at some possible classes and origins that will feature in the next set.

“It’s a pretty large PROJECT, but with so many STAR champions, it’s been a BLAST to figure out how to make SPACE for all of them, especially now that we’re getting our finger on the PULSE,” teased Mortdog.

Based on these clues, we can expect five brand-new origins/classes for Set 3. It also seems likely that Set 3 will have tech/space theme.

You can check out the full dev video down below:

READ MORE: The 2020 rendition of League of Legends’ Warriors is absolutely spine-tingling