The patch also includes nerfs to Poison and Crystal. 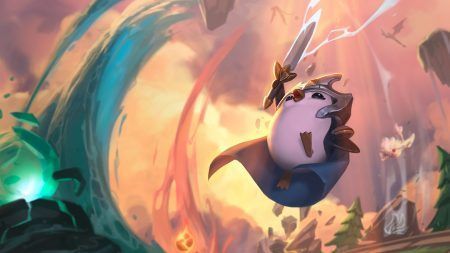 TFT lead designer, Stephen “Mortdog” Mortimer, has released a video highlighting some of the buffs and nerfs in the game’s upcoming 10.4 patch update.

Poison and Crystal are getting significant nerfs in this update. Seeing as the two go well together in a full Predator composition, Mortdog wanted to take these traits down a notch to ensure balance against mana-heavy comps. With the adjustments, you can utilize either Mage and Woodland units more often if you have a solid attack-damage front-line.

As for champions Taliyah and Azir, Mortdog wanted to make sure that players couldn’t spam their moves on an Ocean map. With the mana nerfs, players now need to invest in a Tear of the Goddess to have them insta-cast spells at the start of the round.

The best buffs in 10.4 are to the Soulbound champions and Olaf. With Senna and Lucian getting stronger spells in general, Shadow and Light hybrid builds may become a good mid-game strategy. As for Olaf, Mortdog wanted to make the glacial berserker useful as a 1-star unit, tanking him up with 100 more health to ensure that he executes his spell before dying.

As for the other buffs, Mortdog explained that these buffs will add more individual value in these champions since the data proves that units like Ornn are the weakest and least used in the game. This will give room for 3-star Ornns to still be viable in an out-of-trait set-up.

Glacial gets a significant adjustment in terms of its stunning ability. Mortdog found that the 50% stun possibility was too OP and capped the stun at 25%, regardless of how many Glacial units there are.

In return, Glacials will now do more damage on freeze, giving players a reason to commit to a full Glacial composition.

Combine this with the new buffs on Olaf, and Glacial will definitely become part of the meta after the 10.4 update.

Even though Rise of the Elementals is soon coming to a close, Mortdog assured everyone that there will likely be one last update before the new set arrives.

The Teamfight Tactics 10.4 patch update will go live on February 19.