Get ready for stronger, wild-card team comps for the next month or so. 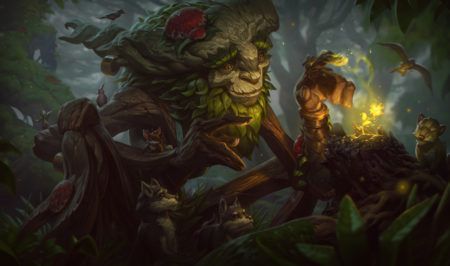 With Rise of the Elementals well into its set-life, Riot Games has made some notable tweaks that are sure to make Teamfight Tactics even more interesting towards the latter half of the set.

Here’s an overview of the key changes made with the 10.2 update:

The Lifesteal items of Bloodthirster (from 40% to 50%) and Hextech Gunblade (from 25% to 33%) get a massive buff, providing auto-attack heavy heroes and mages a means of health-regen.

Riot went all-in with buffing the trait bonuses, however. Assassins now have more critical damage (from 50%/150% to 65%/225%) while a 6-stack of wardens now provide 999% armor bonus. Riot even added an incredible use for Woodland Lux in the new Woodland 6-stack that clones all Woodland units.

As for quality-of-life changes, games will now be significantly shorter and fast-paced with the PvE planning rounds now only 20 seconds long. In a usual match of six rounds, this will shed an average of about five minutes per game.

Riot has tuned out the looting system in 10.2, as well. Loot boxes will now have less value, taking out the 4-gold drop for the small box and 7-gold drop from the medium box. Even with this decrease, Riot has raised the RNG floor by removing the worst-case scenarios for item drops, giving you at least an item in each loot drop.

Full items will now drop significantly less with no chance of you getting two full items in the same game from PvE rounds. Riot also “drastically decreased” the chance of Force of Nature appearing on the carousel.

For more details on the 10.2 update, check out the full patch notes here.